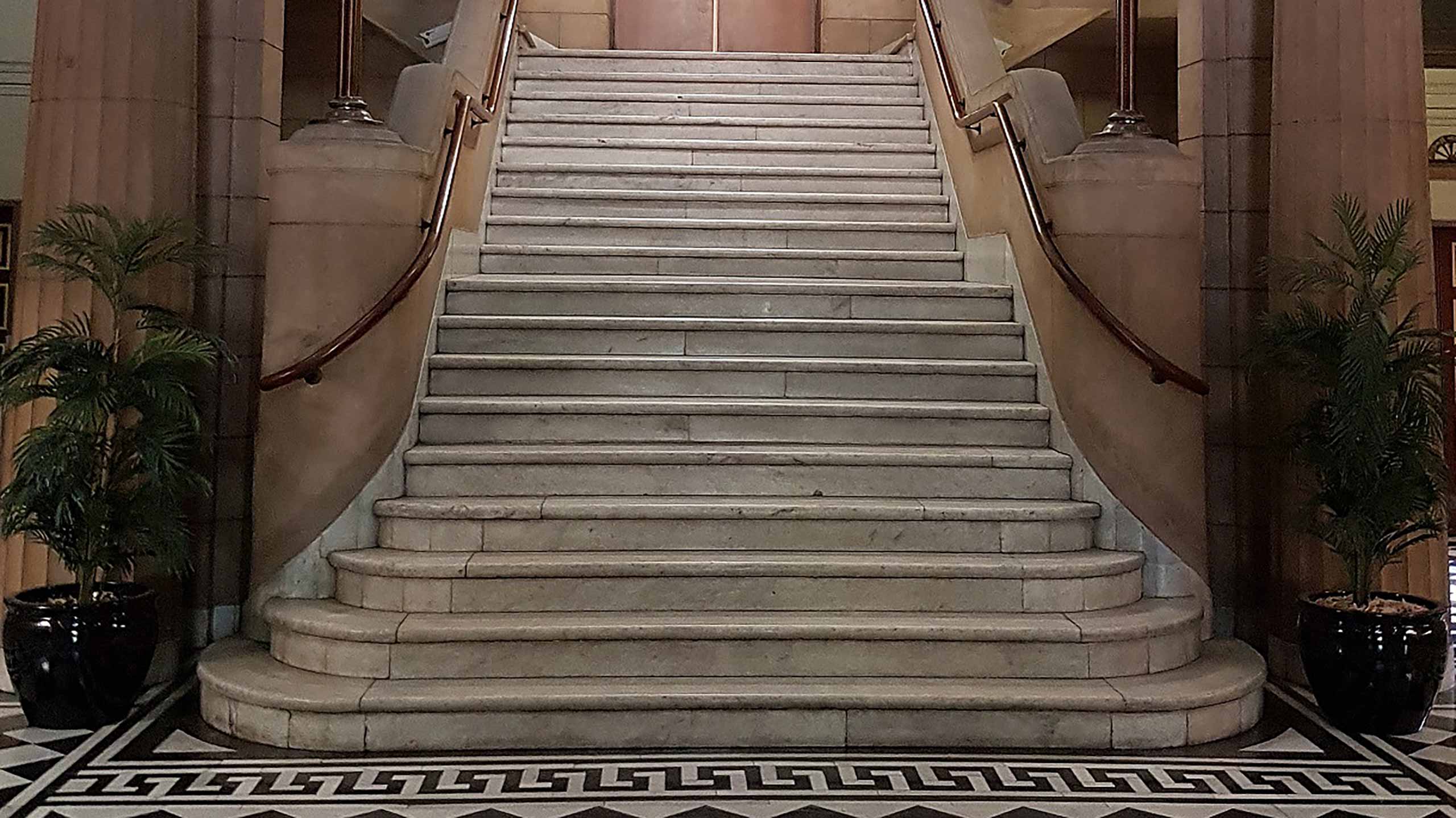 What is a Lodge and what does it look like?

A Lodge is both a term for a meeting place for Masons and for the Freemasons who actually meet there. It is an English word from the Middle Ages and refers to the temporary buildings the stonemasons erected alongside their construction projects.

For mutual protection and to provide education and training, the masons gathered in a lodge - a building put up at the construction site where they could eat, rest, plan the construction project, receive their pay and socialise after work. This building was called a lodge and the term has remained down through the ages.

The Lodge is a rectangular room with a tiled central floor and seating around the perimeter of the room. The Worshipful Master (worshipful the same as a ‘Worshipful’ Mayor), who is head of the Lodge, sits at the eastern end of the hall, with two principal officers sitting on two of the other three sides and the other Lodge members seated around the perimeter.

Why do Freemasons dress up for their meetings?

The different forms of dress - which are largely based on ceremonial aprons, collars and gauntlets - are to distinguish rank and also reflect protective garments worn by the original stone masons.

In medieval times the apron was made of leather, tied around the waist and worn - probably from neck to knee - to protect the mason as he handled stone. The aprons that are worn at Lodge meetings are ceremonial and as the Mason progresses through the various degrees, the aprons and other ceremonial regalia become more ornate, to indicate different degrees.

The different levels of Freemasonry

In the Middle Ages when a person wished to join a craft he was apprenticed to learn the tools and skills of the trade. When he had proved his skills he became a 'fellow of the craft' and when he had developed exceptional skills he became known as a 'master mason'.

Craft Freemasonry consists of the three degrees called the Entered Apprentice (1st Degree), the Fellow Craft (2ndDegree) and the Master Mason (3rd Degree). There is no higher degree than the Master Mason degree, although other branches of Freemasonry do confer degrees which go up to the number 33, they are only a sign of further learning, not of higher rank.

How can Freemasonry improve its members?

When a candidate goes through his initiation into Freemasonry, he is taught that the teachings of Freemasonry will help him develop as a man, comparing his current state to that of a rough ashlar (unfinished stone), which over a lifetime of learning becomes smoother and squarer, with the ultimate goal of becoming a perfect ashlar (the finished stone).

While reaching a perfect ashlar might be halted by death, the journey itself is more important than anything else. To smooth one’s ashlar, Freemasonry provides tools (e.g. the common gavel to knock off small bits of stone, the square to make the edges 90 degrees, etc.), all of which have figurative meanings.

As well as these teachings, Freemasonry provides men with like minded brothers who help each other improve, whether by setting a good example, mentoring, assisting in community work or encouraging and helping raise money for charity.

Finally, Freemasonry provides its members with support and brotherhood. Once initiated, a Freemason will find his fellow members treat him like a family member, even if they had never met before. The experience of visiting another lodge for the first time is often very special, as perfect strangers will greet each other warmly and judge each other not on social rank, wealth or title, but on face value.

Why do Freemasons have secrets?

The secret forms of recognition among Freemasons go back to the Middle Ages when stonemasons were travelling around Europe constructing great buildings. Being a time before university degrees or trade certificates, craftsmen had no official method of proving their level of ability and experience. The stonemasons therefore came up with words, handshakes and signs in lieu of trade certificates or university degrees.

These forms of recognition enabled employers to hire the level of craftsman they required, meant that the masons got paid to the degree of their skill and ensured that unethical masons couldn’t claim the wages of a higher skilled workman.

Today these secrets are used by Freemasons to protect and signify the different degrees of learning that members go through. As a Freemason progresses in his Masonic life he will raise through the three degrees, learning the secret forms of recognition for each degree as he goes.

What's with all the symbols?

The official description of Freemasonry in old English, which Freemasons still use today, is ‘A peculiar system of morality, veiled in allegory and illustrated by symbols. ’ Translated into modern text that might read ‘A unique moral code, taught figuratively with the help of imagery.’

There is no dogma in Freemasonry, meaning every member is free to understand it's teachings differently. The tools of stonemason as well as other symbols are used to figuratively to teach moral lessons to members with the goal of ‘making good men better.’

Who is the head of the Freemasons?

No one. Each individual Lodge has a Worshipful Master and each State a Grand Lodge, which has full authority within its jurisdiction.

The Grand Lodge is responsible for the overall direction of Freemasonry in its jurisdiction, with all lodges in its area reporting to it. It is housed in Freemasons Hall in Adelaide and meets several times a year, including the April ‘Grand Communication’ which is a large and interesting ceremony involving many Freemasons and which is open to the public.

Why do Freemasons have funny titles?

The titles have their origins from Middle English about the time of Chaucer (1300's). Just as mayors in Local Government are addressed as Your Worship and are referred to as His or Her Worship, so the Master of the Lodge is called 'Worshipful Master', meaning ‘greatly respected’.

How do Freemasons differ from Rotary/Lions, etc?

In some respects, these organisations are similar, but Masonry is distinguished from other fraternal orders by its emphasis on moral character, its ornate rituals and long-established traditions. A core aspect of Freemasonry is to ‘make good men better’ which is not something similar organisations focus on.

Belief in a Supreme Being and the three great principles of Freemasonry - tolerance, charity and truth - make Freemasonry a way of life, rather than being a fraternal organisation with business and community interests.

How much does it cost?

There is an annual subscription or membership fee which all lodge members must pay, just like in most organisations. Some of that fee goes to the ongoing running of the lodge, while some will go to Grand Lodge to help finance Freemasonry as a whole. Annual fees are not excessive, less than a week's wage.

Who are some well known Australian Freemasons?

While people generally mention famous English or American Freemasons, important characters of Australian history and culture have been and continue to be Freemasons. A brief list includes:

What do Freemasons Do? Every Freemason is a member of a lodge (also known as a ‘blue lodge’ or ‘craft lodge’) which generally meets once a month in a Masonic Hall.