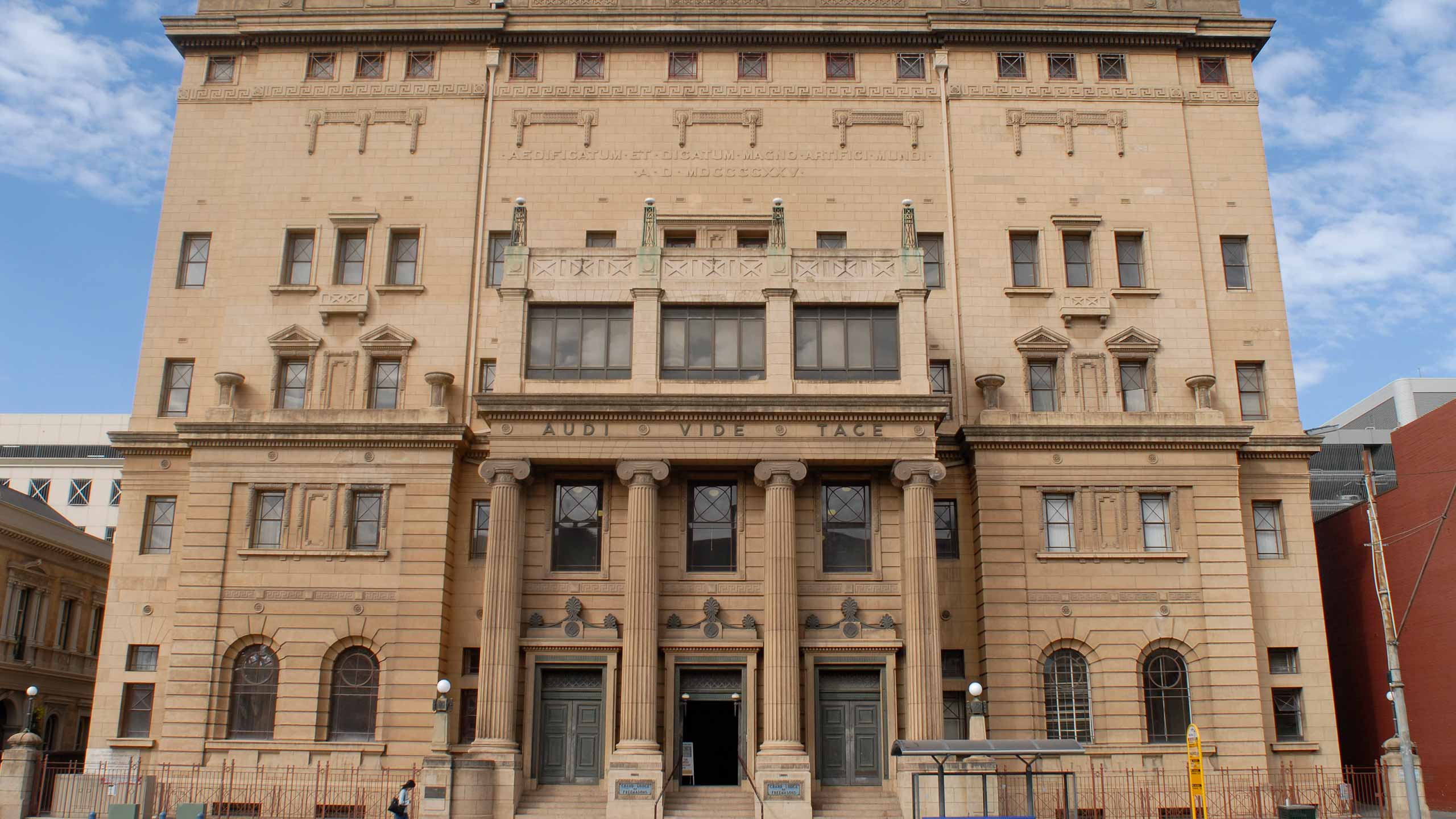 The architects were John Quinton Bruce and William H. Harral, a Freemason, who personally superintended the work. The Grand Master officiated at the ceremony of laying the Foundation Stone on 15th April 1925. The three lodge rooms on the third and fourth floors were dedicated in April 1927, and the final payment for the building was made in February 1928.

The total cost of the land, buildings and furnishings was £116,318/11/6., which roughly works out to $12 million in today’s money. Originally the building was intended to be constructed from cut stone and granite, but costs dictated extensive use of reinforced concrete.

The main entrance on North Terrace is accentuated by four great ionic columns on the exterior of the building and approached by a flight of granite steps. Above the entrance are the Latin words "Audi Vide Tace" derived from the Latin proverb "Audi, Vide, Tace, si vis vivere in pace" ("Hear, see, be silent, if you would live in peace"). This saying was the motto of the Grand Lodge until the 1950's.

The Latin inscription "Aedificatum et Dicatum Magno Artifici Mundi AD MDCCCCXXV" is placed higher on the facade of the building. A translation reads "Erected and Dedicated to the Great Architect of the Universe AD 1925". The building's structural detail has many interesting features which serve to remind Freemasons of various Masonic principles.

On passing through the entrance doors an outer vestibule is entered, the 'Hall of Memory'. On its walls there are bronze Rolls of Honour commemorating the names of those Freemasons who served in the Great War of 1914-1918.

On the ground floor are located the administrative offices of the Grand Lodge, the Freemasons Foundation Centre for Men's Health, and the Adelaide Masonic Centre Museum, as well as the largest public hall, the 'Great Hall.'

The third floor contains two sets of lodge rooms, the Simpson Room and the Glover room, named after important past Grand Lodge members. The anterooms to the lodge rooms contain displays and portraits from the collections of the Adelaide Masonic Centre Museum.

On the fourth floor are found the largest lodge room – The Way Room (named for the first Grand Master, Sir Samuel Way) with its magnificent organ and choir and the Masonic Library. 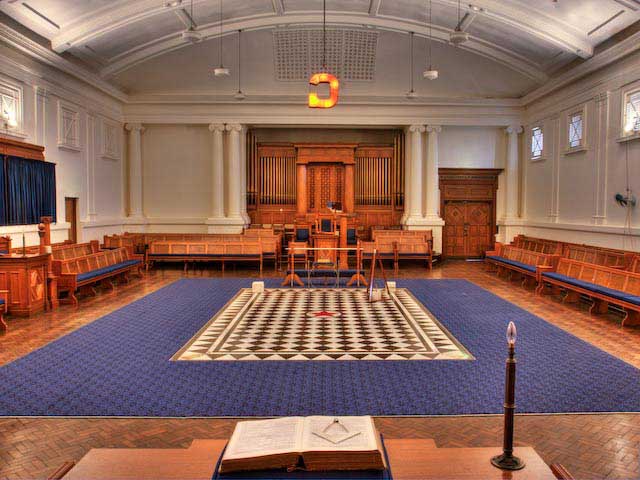