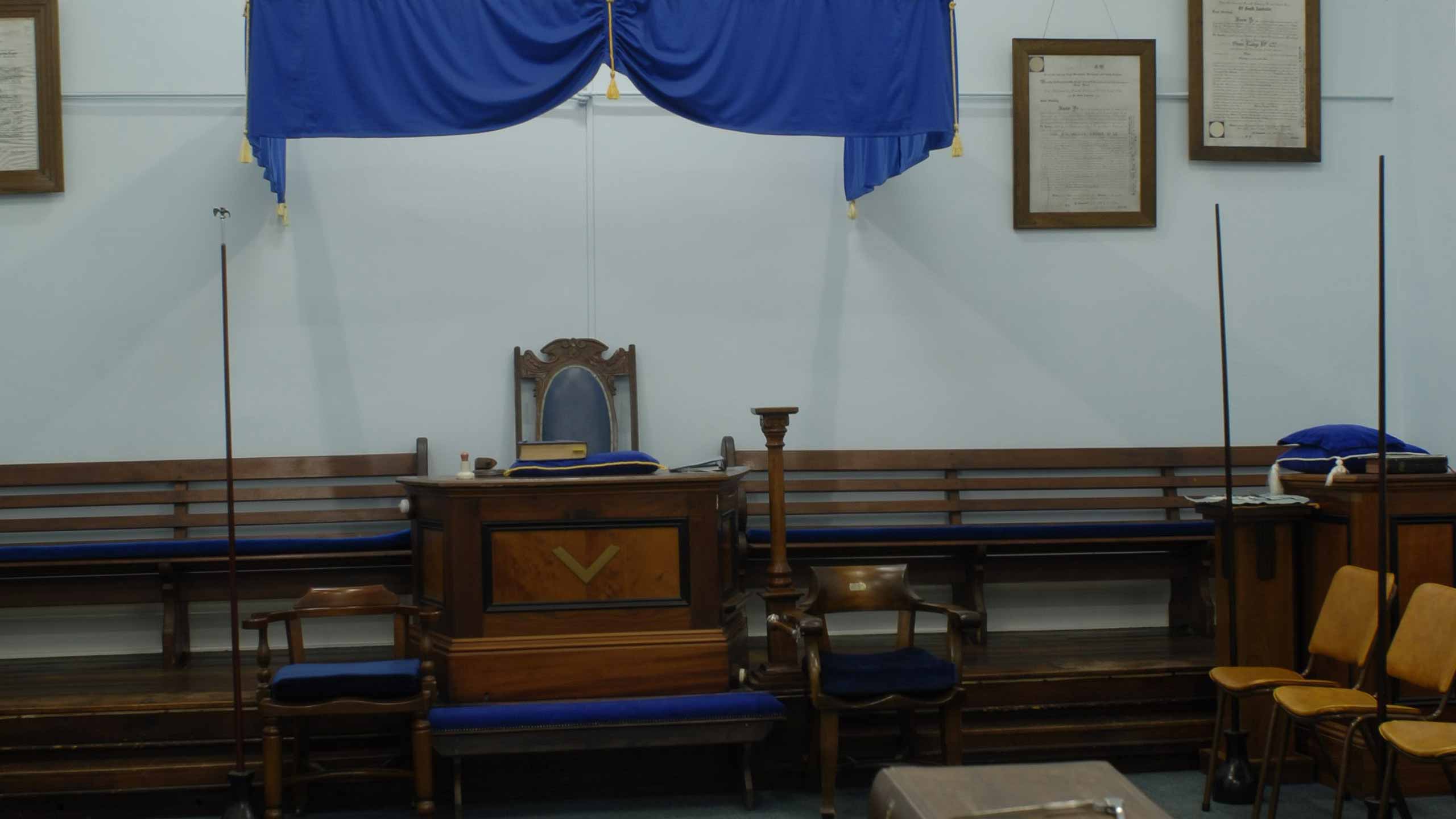 The Installation of The Mark Grand Master and Officers of Grand Mark Lodge took place on Saturday 24th of June 2017 in the Way Room at Freemasons Hall.

The Ceremony was conducted in front of an almost capacity audience and it was pleasing to see the number of ladies and non-Mark Brethren in attendance.

There were many visiting Brethren from interstate and New Zealand in addition to WBro. Paul Hurst representing the Provincial Grand Lodge of Mark Master Masons of London. The Grand Lodge of Ancient, Free and Accepted Masons of South Australia and Northern Territory, Grand Master; The Supreme Grand Chapter of Royal Arch Masons, Grand Principals and a Representative of the Supreme Grand Royal Arch Chapter of Ireland led Official Delegations. A good number of Brethren from the Northern Territory, of this Jurisdiction also made the trip to Adelaide for the occasion. The Ceremony was formal and colourful and was a stirring sight, particularly for those who had not previously witnessed such an event. The Grand Organist, VWBro. Paul Shilabeer assisted by the Grand Herald, Bro. Richard Tothill and an assembly of Heralds added to the occasion with accompanying music and fanfares.

The Grand Installation Ceremony was the centrepiece of an interesting and fulfilling number of activities. These activities commenced with the Grand Communication on Friday evening, immediately followed by a reception for interstate visitors, the Grand Banquet immediately following The Grand Installation and a bus tour through the Adelaide Hills on Sunday.

The interstate reception, which was also held in the Chandelier Room, was well patronised and congratulations must go to Lyn Symons as Principal of Homestead Catering for the excellent spread that was presented and the attention to detail that she and her staff displayed.

The Grand Banquet in the Sam Jacobs Room was an immediate success with the meal, service and entertainment of a high level, showing that facilities at Freemasons Hall were most adequate and fitting for such an occasion. Much camaraderie was evident and many new friends were made, as well as the renewing of old acquaintances.

The weekend was completed with a coach tour through the nearby Adelaide Hills with a halt at Strathalbyn for morning tea and ending with a sumptuous smorgasbord lunch at the Old Mill Hahndorf, where further friendships were again made and cemented.

Congratulations must be extended to all those who took part in the organisation, behind the scenes and during the Ceremonial, of this major event on the calendar of The Mark Degree of South Australia and Northern Territory. Your dedication and willingness to “see the job done” showed in the results and we all look forward to a repeat performance in three years.

The Masonic Education Course is a four stage, planned programme of study over four years which will enable Freemasons to gain a deeper understanding and appreciation of Freemasonry.

The Grand Master has the right to preside at any meeting of the Grand Lodge, and to exercise a deliberative and a casting vote.

The Grand Lodge Office is responsible for the day to day administration of Grand Lodge and support of the indiviudal lodges within SA and the NT.

The Grand Master has the right to preside at any meeting of the Grand Lodge, and to exercise a deliberative and a casting vote. He has extensive powers including the right to appoint Officers of Grand Lodge, aided by advice from an Appointments Committee.