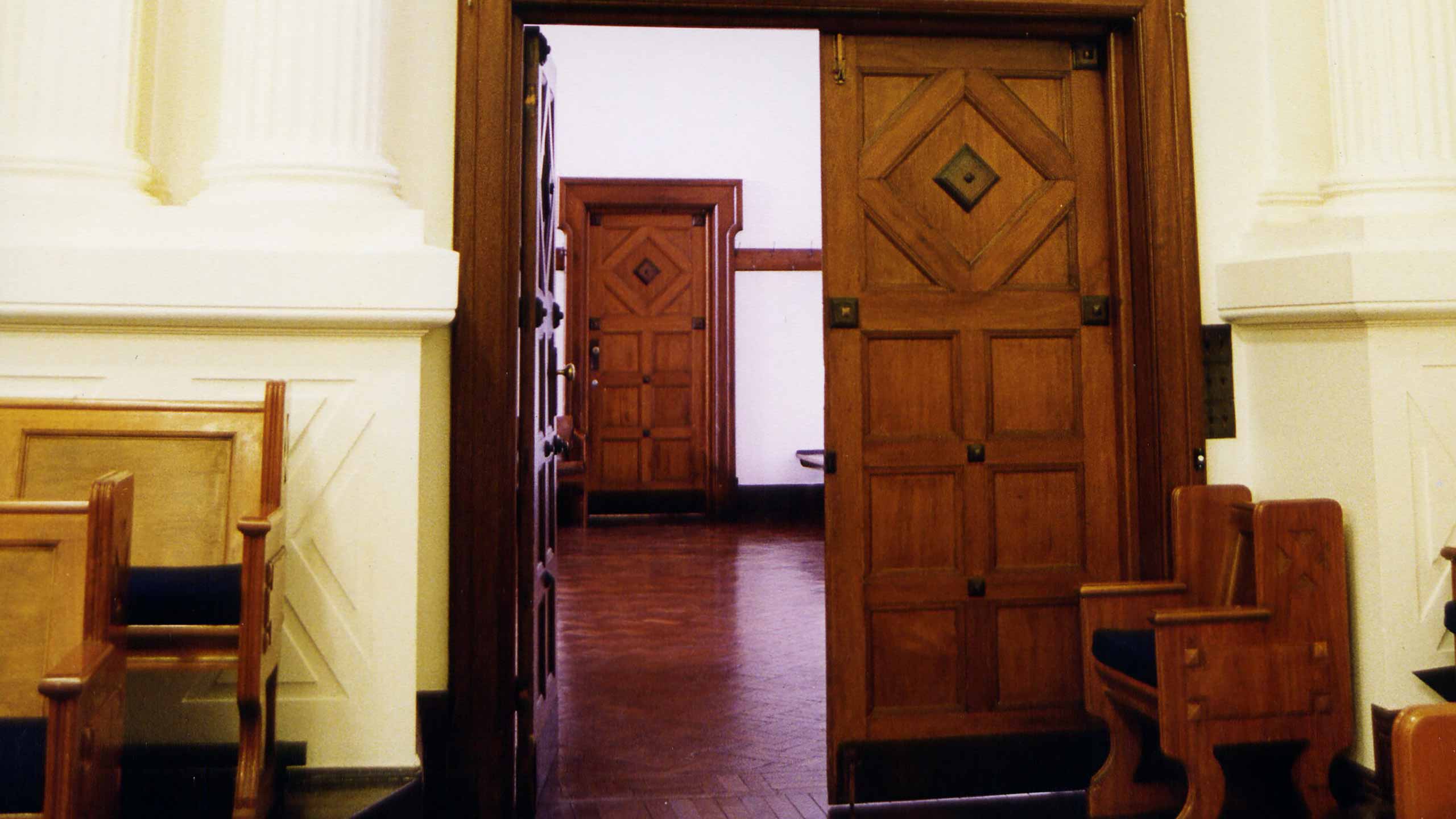 The Grand Master has the right to preside at any meeting of the Grand Lodge, and to exercise adeliberative and a casting vote. He has extensive powers including the right to appoint Officers of Grand Lodge, aided by advice from an Appointments Committee. He is provided with advice on other matters by an Advisory Committee.

Candidates for Junior Grand Office (ceremonial officers below the rank of Grand Deacon) are nominated by constituent lodges for selection at a District level, being appointed to particular Grand Offices by the Grand Master.

A Grand Steward may be selected for this appointment according to the Regulations by the constituent lodge of which he is a member, or nominated for appointment by the Grand Master. Grand Stewards are appointed for one year. Their duties are to assist in conducting the arrangements for meetings, festivals and banquets of Grand Lodge, and at installation meetings of constituent lodges.

The Board meets monthly and is chaired by the President.

The Board is comprised of the following members:

This role reports to the President of the Board of Management and is voluntary part-time position (generally working two days a week).  His role is primarily administrative, attending to Lodge/Grand Lodge regulations and directives.  He attends Craft, Mark and Chapter Board of Management meetings as minute Secretary and fulfills the role of Grand Secretary at all Communications, Convocations and Grand Installations.

The Grand Master and the Board of Management are assisted by various committees which include:

Various forms of Freemasonry are now found in many different parts of the world. Different national traditions or locations have developed their own Grand Lodges. Where they have sufficient customs and practices in common the various Grand Lodges may feel able to recognise each other and thus permit inter-visitation of members.

The Grand Lodge of South Australia and Northern Territory has approved for inter-visitation more than 120 other jurisdictions within and outside Australia. When travelling, members of this Grand Lodge can easily find lodges under different constitutions to visit, where they are warmly welcomed and treated like a brother.

The Grand Master has the right to preside at any meeting of the Grand Lodge, and to exercise a deliberative and a casting vote.

The Grand Lodge Office is responsible for the day to day administration of Grand Lodge and support of the indiviudal lodges within SA and the NT.