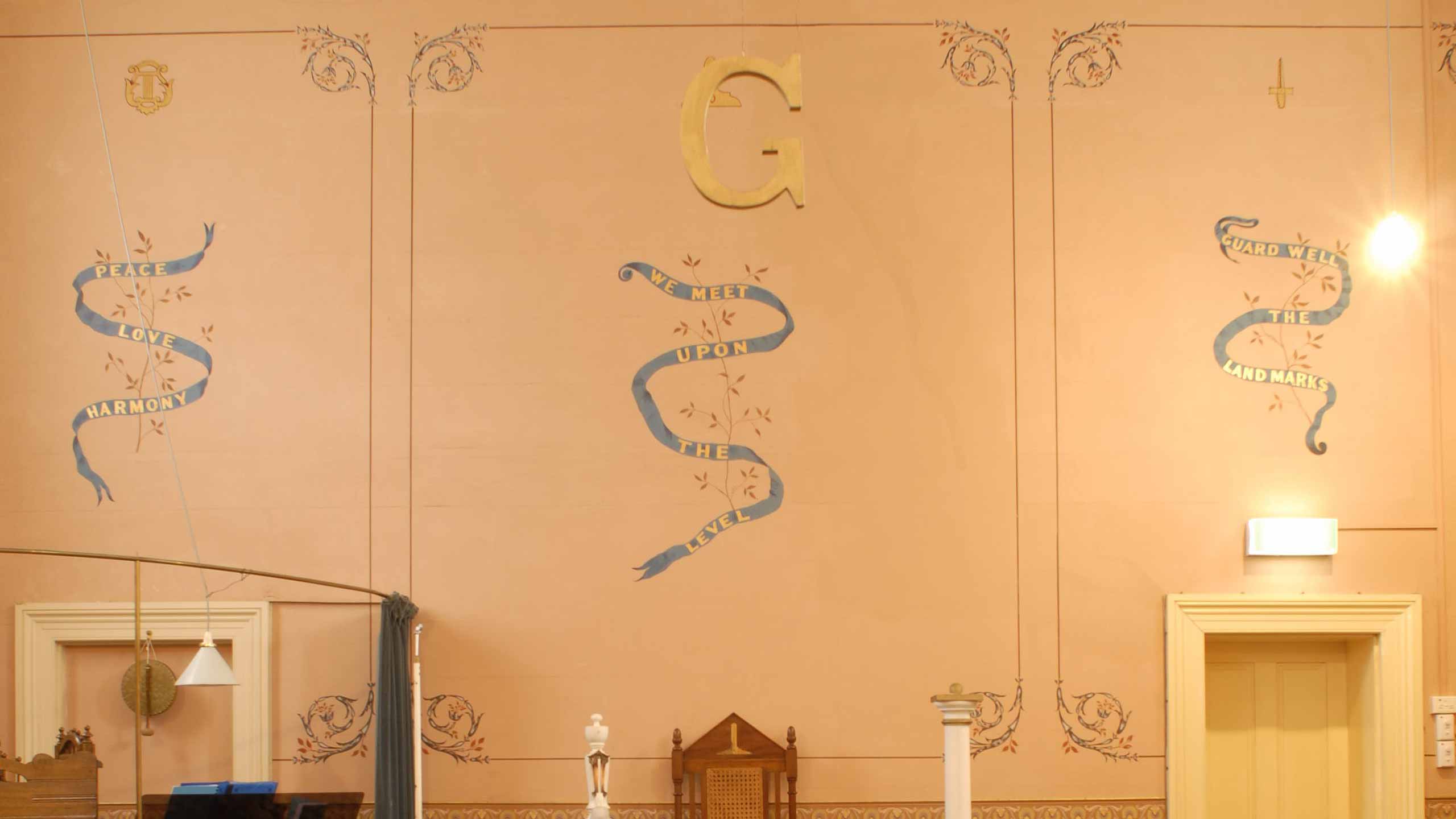 A group of men petitioned the Grand Lodge of England for a new lodge which would be based in what was to become South Australia, to enable them to practice their Freemasonry and initiate others. This new lodge was warranted the South Australian Lodge of Friendship No.613 and met twice in London before the ships set sail in order to initiate new members.

During the first decade of Freemasonry in South Australia (1834-1844), the Craft was solely represented by the Lodge of Friendship.  The first meeting in South Australia was held at the Assembly Rooms, Black's Port Lincoln Hotel, Franklin Street on 11 August 1838.

In the early 1880's it was felt that after almost fifty years of growth, Freemasonry in South Australia had come of age and that Freemasons in this colony should be able to chose their own rulers and manage their own affairs, although they would naturally continue to look with gratitude and affection to the Mother Grand Lodges from which they had sprung. A further reason, of a more material nature, was the slowness and difficulty of communication at that time between any part of Australia and the United Kingdom.  It sometimes took three or more months for letters to go by ship to Great Britain and for a reply to come back in the same way.

An authorised ritual was published in 1893.  Prior to this lodges had continued to use rituals of the three Home constitutions.  The new ritual was accepted immediately by almost all lodges. Revisions in 1914 brought it closer to the Emulation Working of England.

An impressive ceremony was held in the Adelaide Town Hall in April 1909 to celebrate the 25th Anniversary of Grand Lodge.  MW Bro. the Rt. Hon. Sir Samuel Way was installed in accordance with antient custom.  He summed up the results of the first twenty-five years of the Grand Lodge in the words "Peace with Progress", and concluded by saying, "Great changes, industrial, social and political may be expected before our first Golden Jubilee is celebrated twenty-five years hence.  If our Fraternity in the coming years continues faithful to its trust, and this community is consequently leavened with the great principles which it is our duty to promulgate, we may, in spite of every change, look forward to the future of the land we love so well with confidence and with hope."

Moves to erect a new Freemasons' Hall resulted in the creation of a Building Fund in October 1913.  The Grand Secretary was able to travel overseas in 1921, visiting as many Masonic buildings as possible in the USA and the United Kingdom to secure ideas for a new headquarters.  The 'Hall Stone Jewel' was inaugurated in 1922 to assist in the provision of funds for the new building.

Initially lodge meetings were held in inns or public houses.  A perusal of the history of public houses reveals that several were named "Freemasons Hotel".  After some time in Eagle Chambers the English Constitution moved to Flinders Street after purchasing Freemasons' Hall and the Earl of Zetland Hotel. This site became the headquarters of the new Grand Lodge on its formation in 1884.

In October 1922, a site was secured in North Terrace, Adelaide, opposite the School of Mines (now University of South Australia). The purchase price was £10,640 ($21,280.00).  In April 1925, the Foundation Stone of the new Freemasons' building was laid by the Grand Master, M.W. Bro. His Excellency the Honorable Mr Justice T. Slaney Poole MA, LLB.

In April 1927, the dedication of the Way Room, the Simpson Room and the Glover Room in the new Freemasons' building was accomplished. The total cost of the land, buildings and furnishings was £116,318/11s/6d ($232,637.15).  Freemason’s Hall is still the headquarters of the Grand Lodge of South Australia and the Northern Territory and the lodge rooms it houses are used regularily by various lodges each week. Free tours of this historical landmark run every Thursday.

Freemasonry has been a part of South Australian and Northern Territory history since foundation and this is well shown by the Masonic Centres/Freemasons Halls which many suburbs and towns find in their centres.