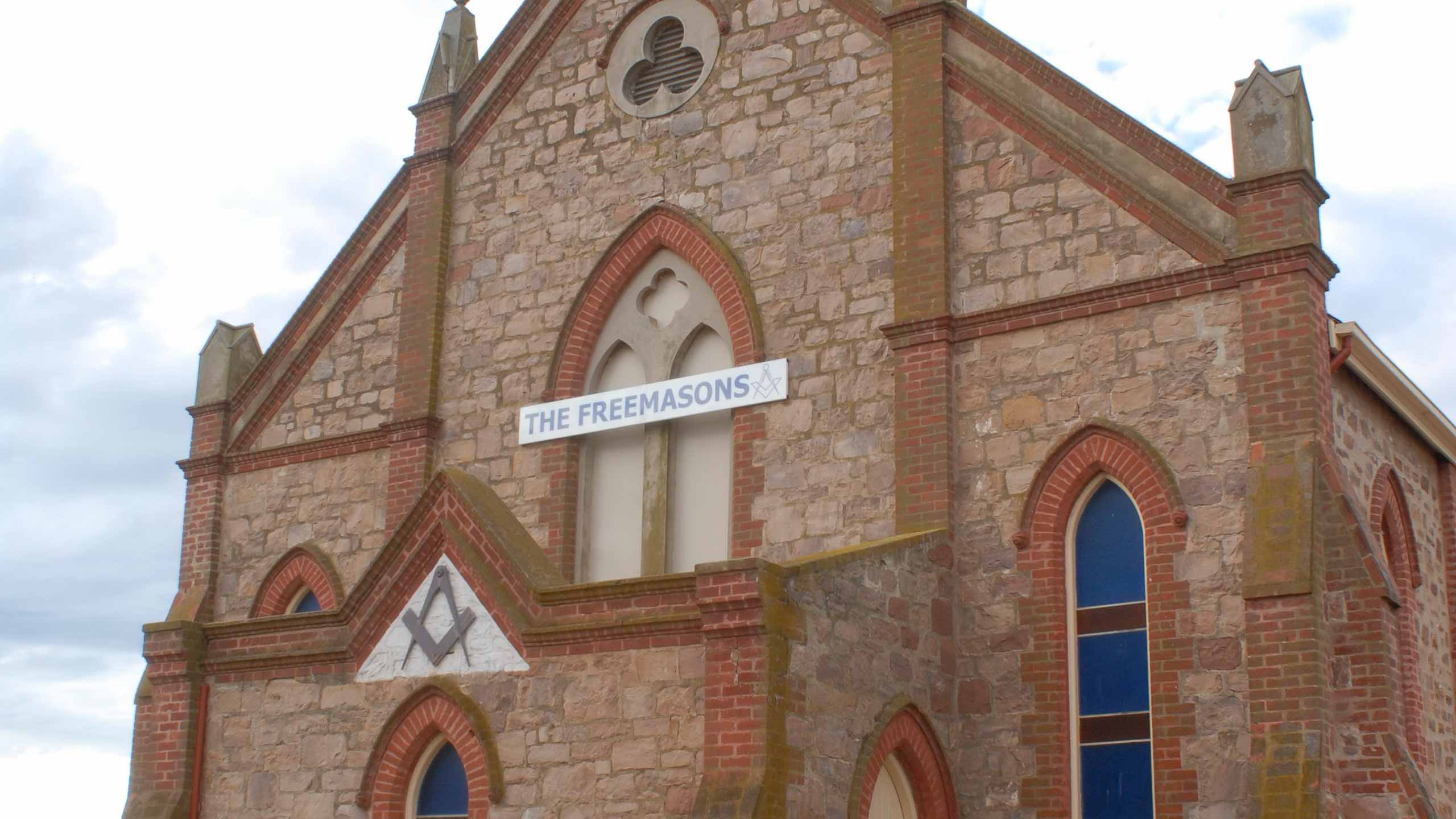 Belmont House in Brougham Place, North Adelaide, originally constructed in 1858 as a Masonic Hall to a design by the noted architect Edmund Wright, is on the Register of the National Estate and the State Heritage List.  On 27 December 1858, when the hall was dedicated for Masonic purposes, Wright was addressed as "Brother Architect", suggesting that he was a Freemason.  The explorer John McDouall Stuart became a Freemason in this building in August 1859

The exterior of the Port Adelaide Masonic Centre arouses interest as an example of the Egyptian Revival style of architecture sparked following the opening of the tomb of Tutankhamun in Egypt in 1923.  The building was designed by architect Charles Walter Rutt, a Freemason, and constructed in 1927-8.

The discovery of copper in the north of the York Peninsula in the 1860s resulted in a sudden influx of people to work in the mines and provide associated services.