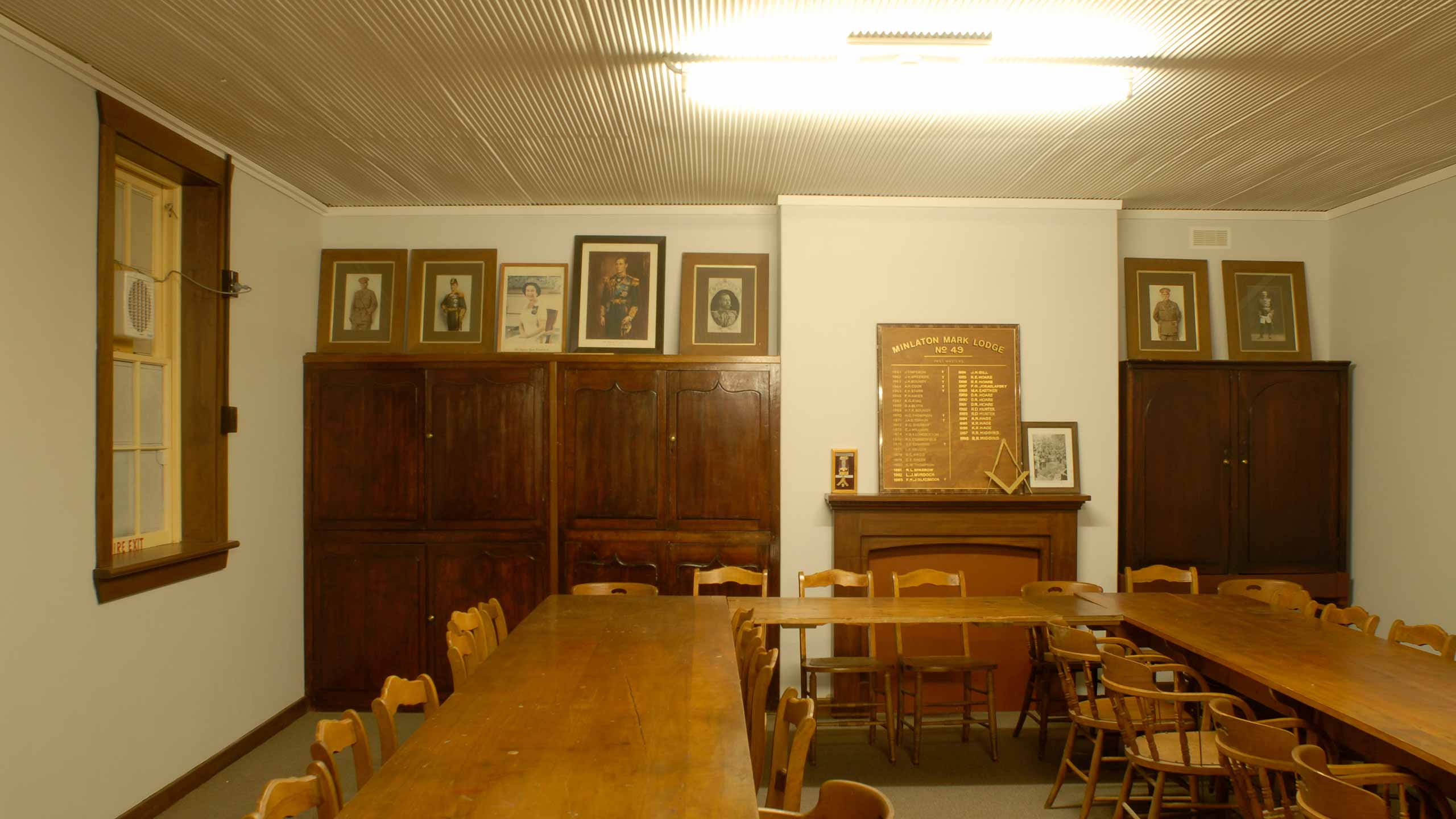 Freemasonry has been a part of South Australian and Northern Territory history since foundation and this is well shown by the Masonic Centres / Freemasons Halls which many suburbs and towns find in their centres. On top of this the names of Freemasons have been preserved in street and towns names, often unbeknown even to the those who live there.

With few exceptions, the original names have been retained, although a large number of streets (mainly running north-south) have since been added, particularly in the CBD.

For the most part the names are of prominent pioneers or people who otherwise made some notable contribution to the founding of South Australia (some exceptions being due to Governor Hindmarsh and Judge Jeffcott wishing to name streets after their friends). Some streets were named for persons who had connections to Freemasonry:

Gouger, Gilbert, Hanson, Morphett and Wakefield were members of South Australian Lodge of Friendship No.613, initiated into Freemasonry at its first meeting which was held in 1834 at the headquarters of the South Australian Association in London. They each have city streets named after them (though Hanson St was merged into Pultney St in 1967).

Sir George Strickland Kingston carried the warrant for the Lodge of Friendship to South Australia, and served as the first Senior Warden of the Lodge. He was the deputy surveyor general under Colonel Light, was one of the men who discovered the River Torrens and most of the survey for the city of Adelaide was carried out under his supervision. Many streets as well as a town are named in his honour.

Charles Mann was initiated by the Lodge of Friendship when it met in Adelaide during 1838. He built a large private law practiced and served as master of the Supreme Court of South Australia; he is remembered by Mann Tce, Mann Rd and Mann St in North Adelaide.

Tynte Streetwas named for Col. Kemeys-Tynte, a British MP and prominent Freemason in Wales and the West Country of England.

O'Connell Street was named for Daniel O'Connell, the famous Irish lawyer who was at one time Grand Registrar of the Grand Lodge of Ireland.

Wellington Square was named for the Duke of Wellington, initiated into Freemasonry in an Irish lodge in the 1790's.

King William Street was named for William IV, thirdson of George III.  In 1786 he was the first of six sons of George III to be made a Freemason, joining Prince George Lodge No.86 in Plymouth.  His wife was Princess Adelaide of Saxe-Meiningen whom he married in 1818.

Victoria Square is named for Queen Victoria, who is said to have adopted the title of Patroness of Freemasonry in honour of her father, Edward Augustus, Duke of Kent.  As last Grand Master of the Antient Grand Lodge, he was credited with effecting its union with the Moderns' Grand Lodge in 1813 to form the United Grand Lodge of England.

Flinders Street was named for the navigator and explorer Matthew Flinders RN.  It is not certain whether Flinders was a Freemason however during his captivity of six and a half years on Mauritius Flinders made reference to Freemasons celebrating St John's Day (mid summer) on three occasions in his private journal, entries dated 18 July 1807, 30 July 1808 and 29 July 1809.

Gray Street in the West End of Adelaide, named for William Henry Gray who arrived in 1836 on the Renwick.  In 1889 WH Gray, "an old colonist and freemason", gave the land to the Grand Lodge of South Australia for Masonic Homes.  These were not built, the land being purchased by the Government, but the capital sum was preserved and formed the foundation sum of the present day Masonic Homes.  Gray also owned land elsewhere in South Australia and in the Darwin region of the Northern Territory where a suburb is named for him.

Mildred Road in North Adelaide was named for Henry Richard Mildred (1795-1877).  A lawyer, he arrived in South Australia in 1836 as agent for the South Australian Company, and acted as Master when the Lodge of Friendship met in Adelaide for the first time in August 1838.

Glover Avenue, named for Charles Richmond John Glover, Grand Secretary in the early 1900s, Mayor and first Lord Mayor of Adelaide, owner of the Richmond Hotel in Rundle Mall, philanthropist and book collector; he gave money for three playgrounds named for him; his son was Lord Mayor in 1960.

Sir Edwin Smith Avenue, named for Sir Edwin Thomas Smith  KCMG, initiated into Freemasonry in the East Torrens Lodge of Faith No.408 I.C. (later the Lodge of Faith No.9), brewer, mayor of Kensington and Norwood in 1867-70 and 1871-73, member of each house of Parliament, philanthropist.

Freemasons Lane running south from Pirie Street adjoins the site of the former Freemasons Tavern, on Town Acre 207 at 85 Pirie Street, where lodges met in the late 1800's.  The tavern operated from 1841 to 1978, being rebuilt in 1880 and renovated in 1940.

Sir Donald Bradman Drive running due west from the City of Adelaide is named after cricket's most famous player and Freemason, Don Bradman.