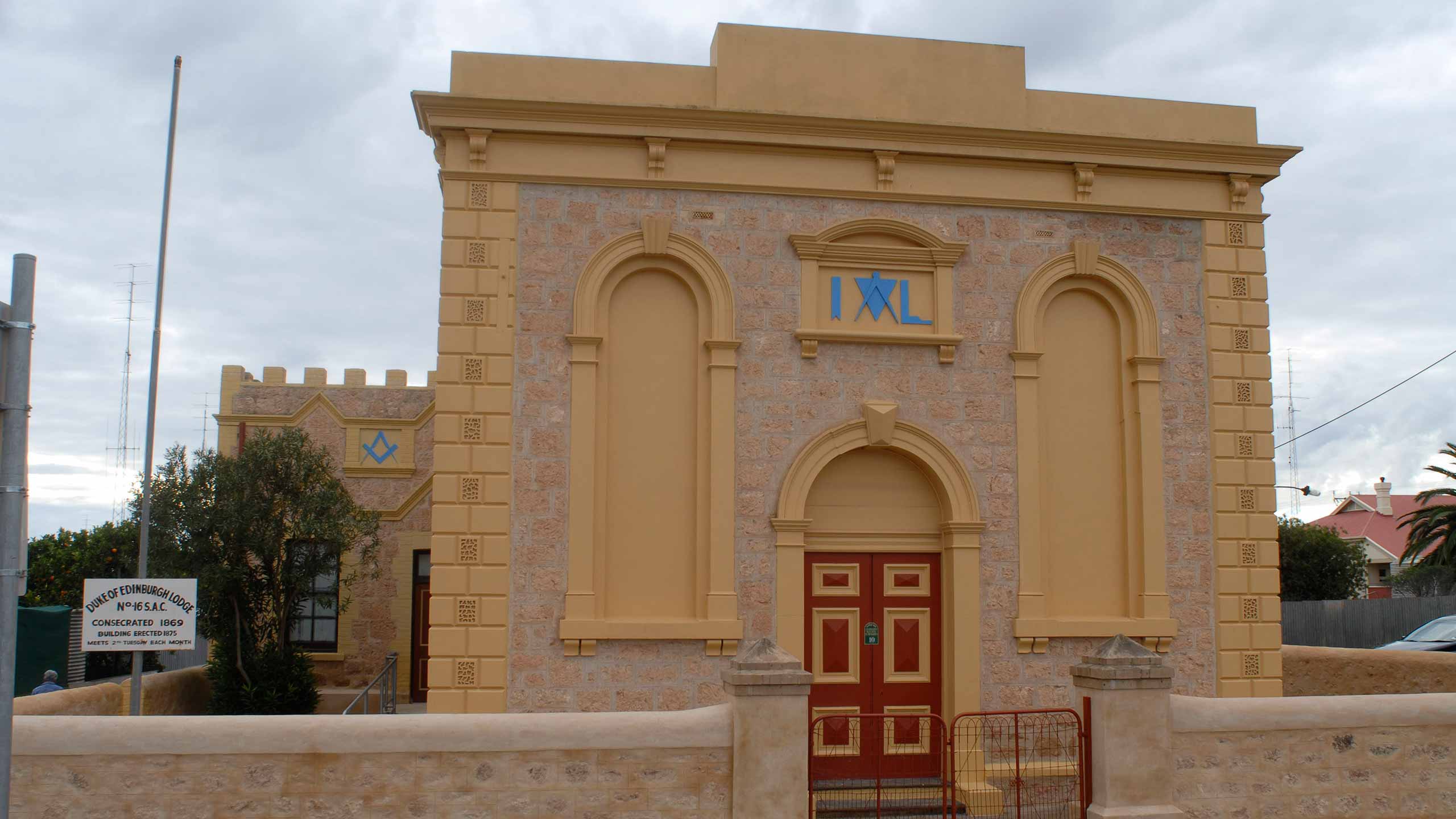 The discovery of copper in the north of the York Peninsula in the 1860s resulted in a sudden influx of people to work in the mines and provide associated services.

The town of Moonta become home to miners from around the world, in particular experienced miners from Cornwall in South West England.

It was on 20 October 1868 that a meeting of Freemasons at the Royal Hotel in Moonta decided that a Lodge be formed, and that it be called The Duke of Edinburgh Lodge. The owner of the Hotel, himself a Freemason, agreed to the Lodge holding its meetings there.

The Warrant subsequently arrived from England and in May 1869 a meeting was called for the purpose fixing a date for the opening of the Lodge. On 2 July 1869 the Opening Ceremony was held and W Bro C M Dunn was installed as the first Worshipful Master of the Lodge. The Lodge first met in the Royal Hotel and later (1874) in the Bible Christian Church Hall, now the School of Mines building.

In September 1874 tenders were called for the erection of a Masonic Hall. The tender was awarded to Rossiter and Davis on the condition that the cost did not exceed £700. The Foundation Stone, made from a piece of granite from the Port Hughes beach, was laid in true Masonic Fashion on 15 January 1875, by W Bro HE Downer SM; building proceeded well and the Consecration of the Lodge Room took place on 20 July 1875.

At the November meeting in 1889 the treasurer informed the Lodge that all the bonds had been paid and that the Lodge was in the happy position of being free of debt and that there was a credit balance in the bank.

The Duke of Edinburgh Lodge was the first lodge in South Australia to build its own Lodge Rooms outside of Adelaide and today is the oldest Masonic owned building in Australia, being continuously in use since its consecration.

On 22 November 1898 a committee was appointed to consider plans for renovating and repairing the building and lighting the premises with gas. The cost of the refurbishment amounted to £156/9/8 and was reported in the Yorke Peninsula Advertiser on 17 March 1899 as follows: "Moonta can now boast one of, if not the most handsomest lodge rooms in the colony...."

At the reopening of the Lodge on 21 March 1899, admiration was expressed on all sides at the wonderful transformation of the lodge room. This photo was taken by a member of the local police force and a Freemason, Sgt Davidson, shortly after the refurbishment: 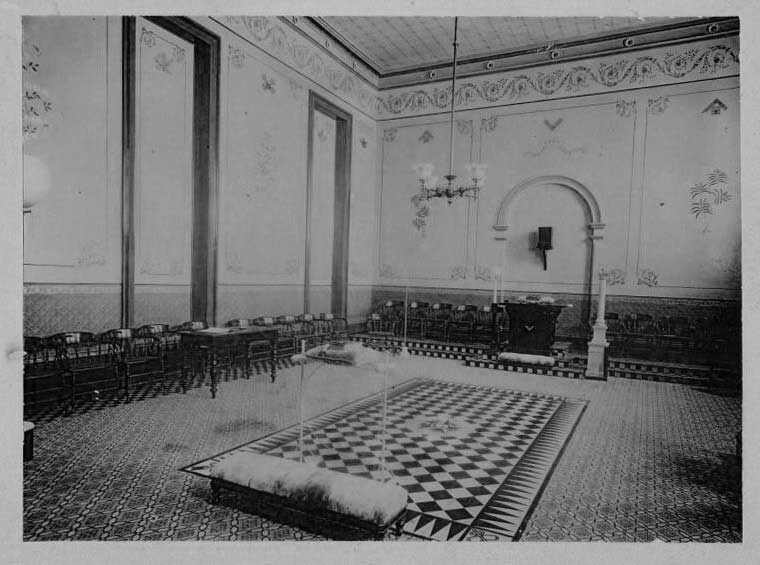 By the begining of the 21st century, age had taken its toll and the building required a major refurbishment. Using funds from the sale of lodge buildings no longer required and with the assistance of the State Heritage Authority, Grand Lodge undertook extensive renovations, ensuring the building can be enjoyed by generations to come.

Click on the image to drag yourself around the room:

If you can not see this image please install Adobe Flash.