A special invitation from Mrs Jenny Michalak was sent out to all Ladies to attend a High Tea in the Foyer from 4:00 PM.

The Conference was attended by over 110 Members and was chaired by VWBro. M. G. (Fred) Trueman APM, Director of Masonic Learning - who also gave a very informative presentation about Masonic Learning.

All Attendees were all given the opportunity to have discussions with the senior Administrative Officers at the conclusion of the Conference.

The Communication was attended by approximately 117 Brethren and the Grand Master's address was very well received.  For full details of this address, please click here.

There were numerous Presentations made - namely:

The Acting Grand Secretary (RWBro. Max Atkinson PSGW, OS.) made a final presentation to the Grand Master, MWBro. Michalak and the Deputy Grand Master RWBro. Merrill which was their United Grand Lodge of England Tercentenary Jewels for them to wear at the Official Occasions in England.

The evening was complimented with a wonderful Mixed Dinner in the Sam Jacobs Room where over 100 guests enjoyed the evening's entertainment and food. 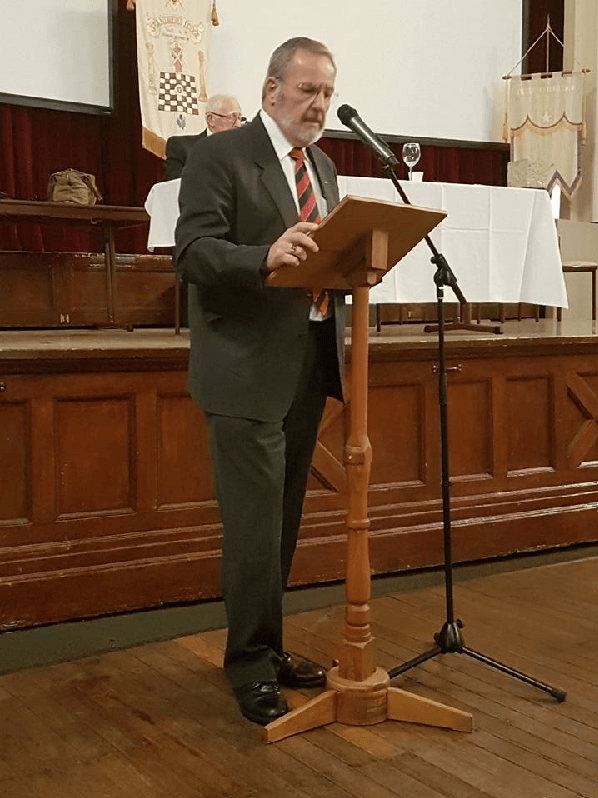