At the July 2017 meeting of Elizabeth Daytime Lodge No. 228 WBro. John Seal was presented with his 50 Year Jewel by VWBro. Gordon Andrews DGS. 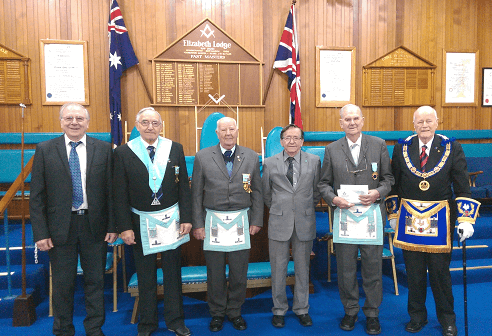