First Meeting of the new Worshipful Master of Semaphore Lodge No. 33

The first meeting of the newly installed Worshipful Master of Semaphore Lodge, WBro. Gordon Williams MSA, started with an unusual number of knocks from a Gavel that seems to have had a mind of its own. WBro. Williams' note to self “breathe during the Meeting and I must allow the Officers to do their piece before carrying on”. Wording on a Summons can be very binding to Lodge procedures - always choose the wording carefully to allow the Lodge Ceremony to proceed with minimum delay".

The Ballot for WBro. Charlie Clarke as a Joining member was successful and his apology duly noted. The Reading of the Warrant was done by Bro. Lyndon Owen.

The Lodge was “called off” and Brothers placed in the Chair that have never been in Office, with one or two volunteers to make up the numbers. The Deputy Grand Master RWBro. Bill Merrill was the Candidate for the evening. (Seen below). 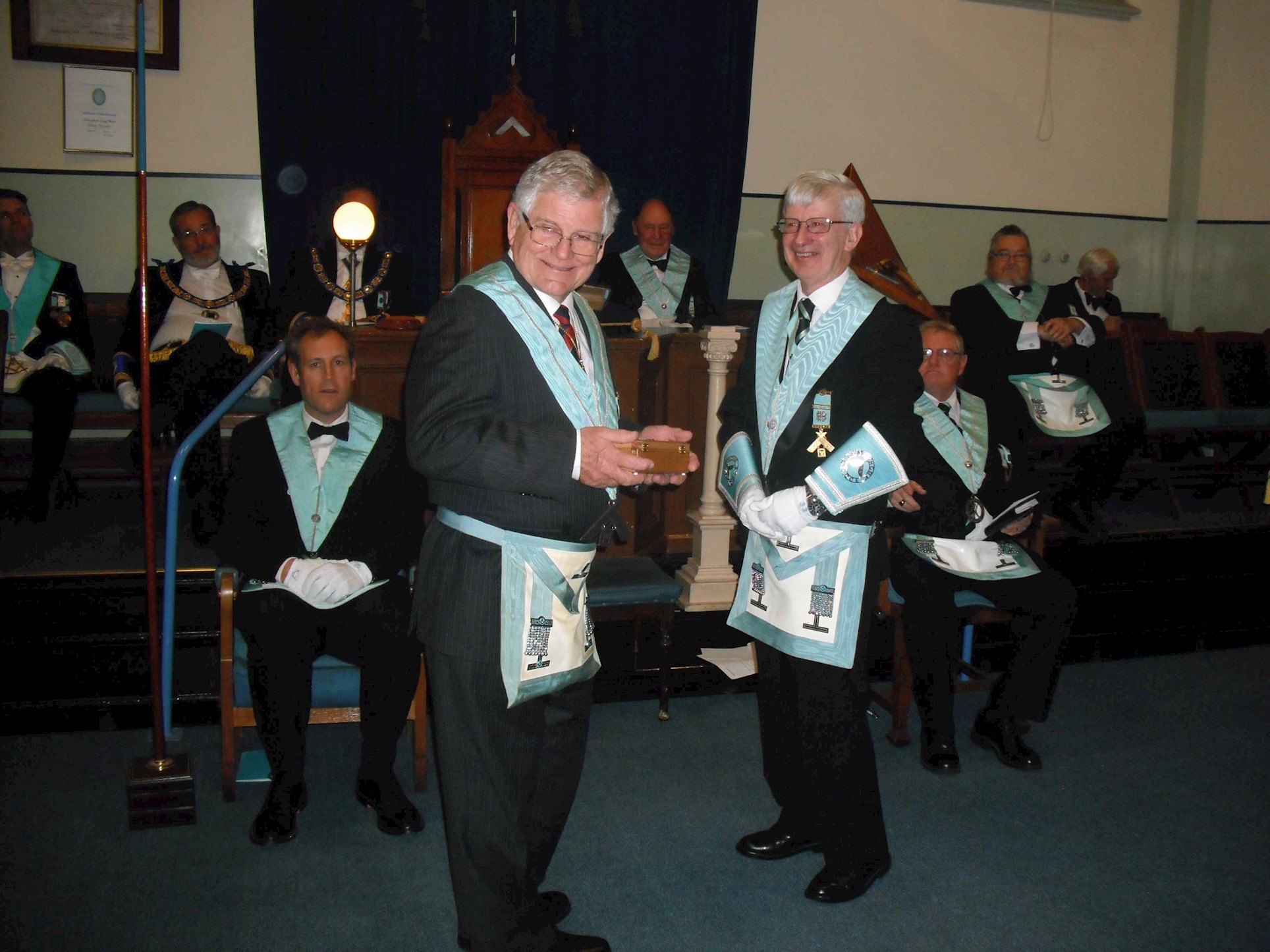 The meeting Agenda being particularly full, it was necessary to curtail the Ceremony early to present WBro. Frank Hensbergen MSA with his Third Bar, marking Sixty Five Years of Service to the Craft.  The Presentation was made by MWBro. Bob Parsons IPGM. (Seen below). 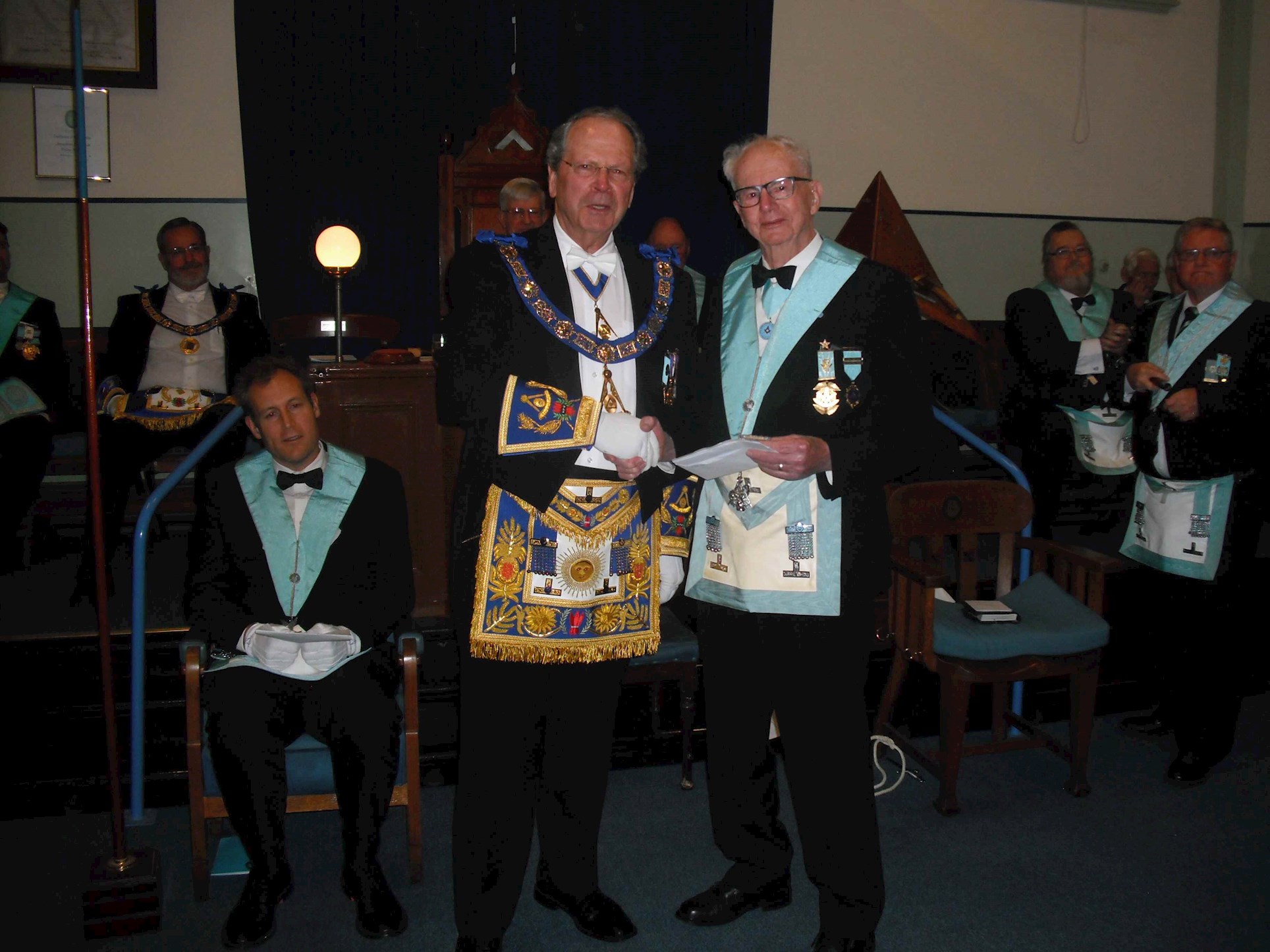 The advantage of being “Called off” allowed for Photographs. In all there were twenty visitors on this cold night. Among the list was RWBro. Neil Jensen and VWBro. Fed Trueman, the Worshipful Master of Adelaide Lodge and five Brethren laid Claim to the Lost Apprentice.

A very fitting choice as the Mother Lodge of Semaphore that it should be the first Lodge to continue the mentorship of Bro. Fewing Stanton [The Lost Apprentice]. During his time at Semaphore Lodge, Bro. Stanton has been to a number of Lodges in the City and Suburbs. He has also been down to the Southeast to Kingston and Mount Gambier, also North to Balaklava-Owen and the Lodge of Light and including Murray Bridge. By following the Rules of Engagement he can become part of any Lodge for a short time.

The final error of the night on the part of WBro. Williams was that he called upon the Worshipful Master of Adelaide Lodge to give greetings on behalf of the visitors. WBro. Williams' additional note to self, "don’t take over DC duties".