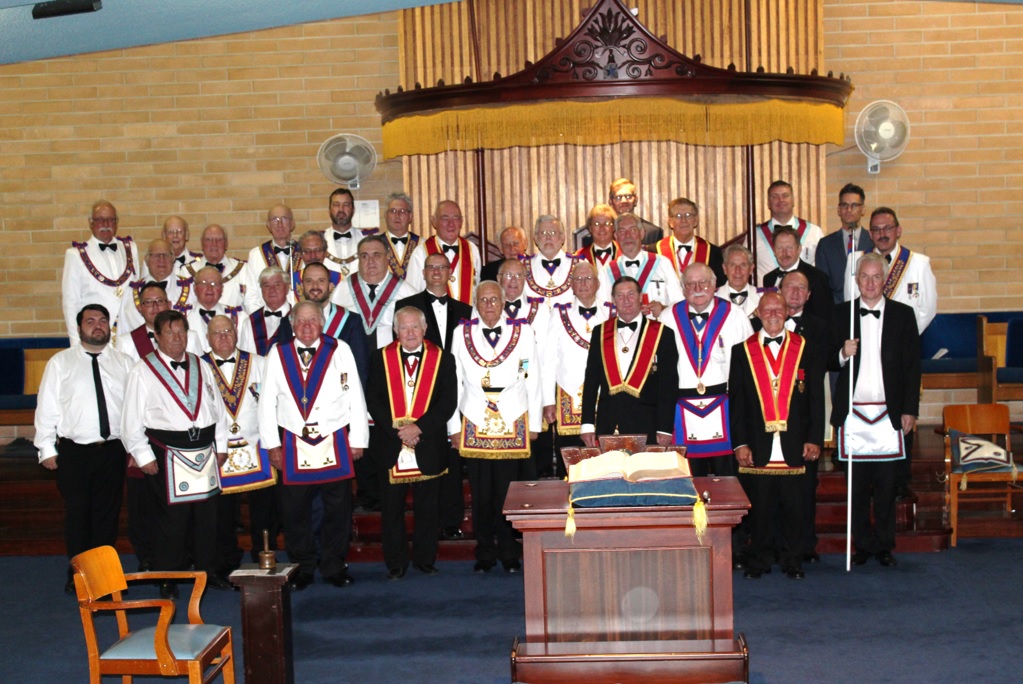 On Wednesday 18th January 2017, MWBro. John Carter, Grand Master of Mark Master Masons of South Australia and Northern Territory of Australia Incorporated; two Past Grand Masters; Grand Master-Elect and a very large retinue of high ranking Grand Lodge Officers made an Official Visit to the Duke of Leinster Mark Lodge No. 363 Irish Constitution, for the Installation of VWBro. Richard Num as VW Master of the Duke of Leinster Mark Lodge and his officers for the ensuing year.

After the official proceedings of the meeting were complete the Brethren retired to the Festive Board. Many toasts were given throughout the evening, but perhaps the most memorable of them was a well-constructed toast to MWBro. John Carter by VWBro. Ron Tiessem PGCSV explaining his long Fraternal relationship with the Grand Master spanning forty years. In his response MWBro. Carter thanked VWBro. Tiessem PGCSV for his kind sentiments and remarked that he had enjoyed visiting the Duke of Leinster Lodge. This was now his third - and final visit as Grand Master. 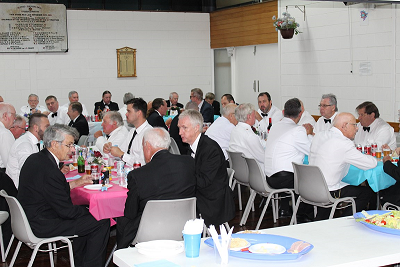 The Grand Master then presented VWBro. Syd Spence PVWM/PGST with the Conferred Rank of Past Grand Master Overseer (Honorary). This overwhelmed VWBro. Spence, who followed with a short speech conveying his surprise and gratitude for such a great gesture. 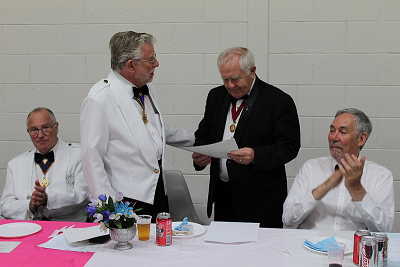