WBro. Phil Souter was installed as Grand Librarian at the April 2017 Communication. 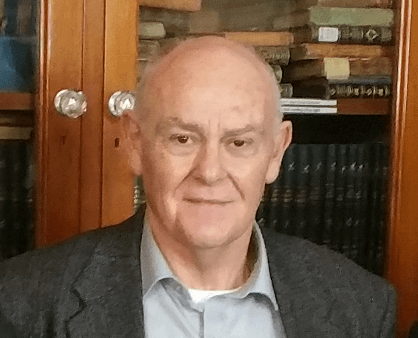 Phil has been a Freemason for 27 years, since his initiation into The Perfect Cube Lodge, No. 201, in 1987, as a ‘free and mature’ man in his mid-30’s. He is an experienced Freemason who has been through all the chairs of his Lodge and was recently their D.C. He has been a Companion of Royal Arch Masonry, and also served for two years as a Grand Steward. So it was a delight when he, with the keen support of his Brethren, registered his interest as Grand Librarian.

At our first introductory meeting, I had to suppress my desire for him to agree to take the role. He is a calm, measured and methodical man, with excellent ‘listening skills’ and natural empathy, who began his professional life as a Fitter and Turner and, through progressive part-time adult study, practiced as an Engineering Researcher/Instructor at the University of South Australia, before retiring in 2016. That involved working in teams, with young students, and translates into his interest in promoting Masonic learning, and supporting young Freemasons and their development.

Phil began his ‘induction’ well before Installation as Grand Librarian and has been ably assisted by WBro’s. John Rand and Melville Woolford, and Bro. Stewart Allan. These three Brethren have served us well in maintaining ‘continuity’ between our previous Grand Librarians -  WBro’s. Peter Paul and George Woolmer (respectively) who have left us a wonderful Legacy.

I am sure that Phil and ‘the Library team’ will continue that Legacy as we try to modernize the Library and increase its utilisation.