A First Bar to a 50 Year Jewel was presented to WBro. William Haylock at Lodge Seacliff No. 202 on Tuesday 4th April 2017, by RWBro. David Iveson, at the request of the Worshipful Master. (Pictured Left) 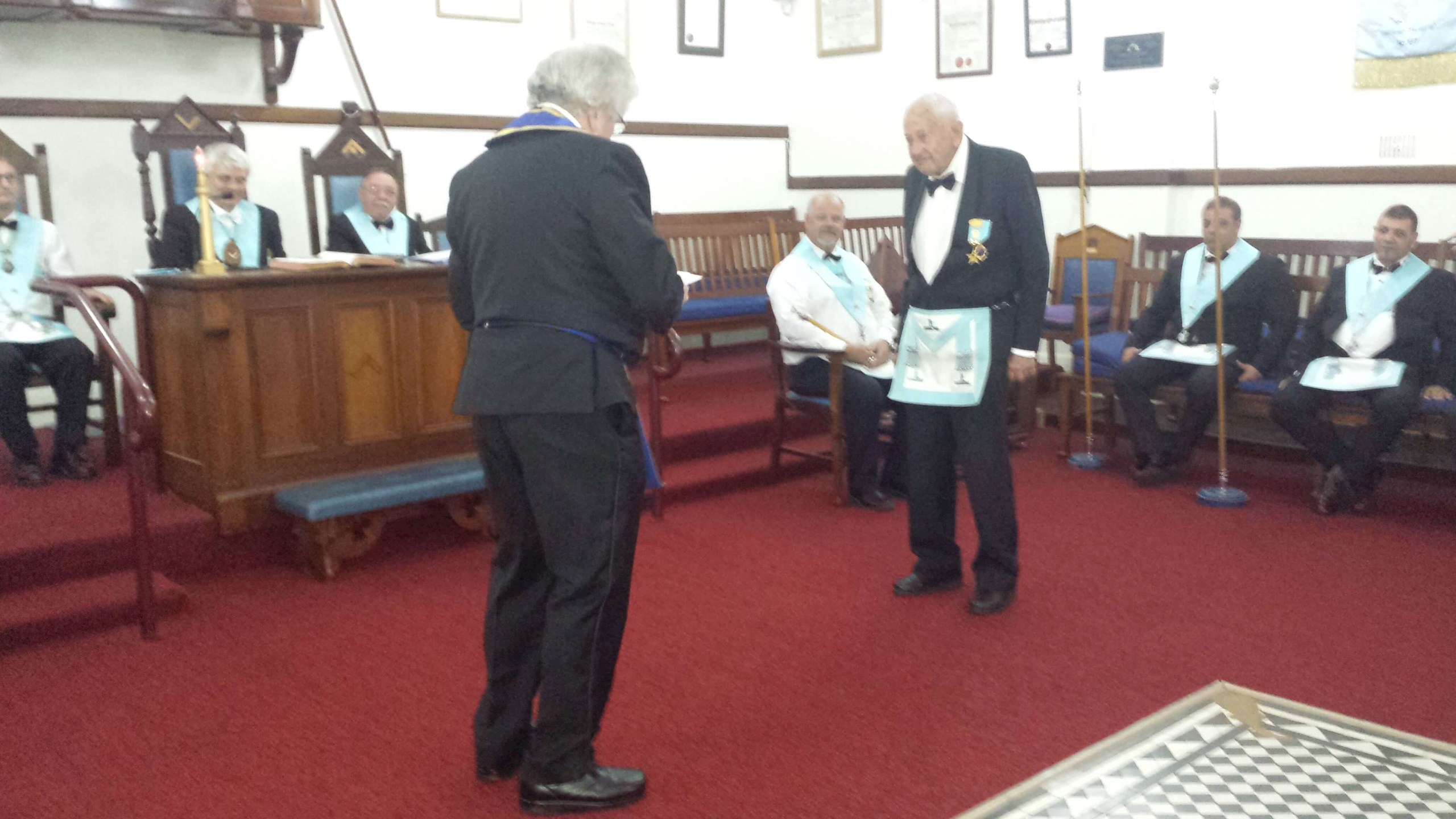 During his working career WBro. Haylock was a Surveyor for the Lands Department.  He was married to the late Greta.  They had two daughters and a son.

In 1982 WBro. Haylock was Installed as Worshipful Master, and after serving as Immediate Past Master became Director of Ceremonies from 1984 to1988.

He was a Foundation Member of the former Brighton Daylight Lodge.

Due to his work commitments he did  not seek Grand Lodge Office. 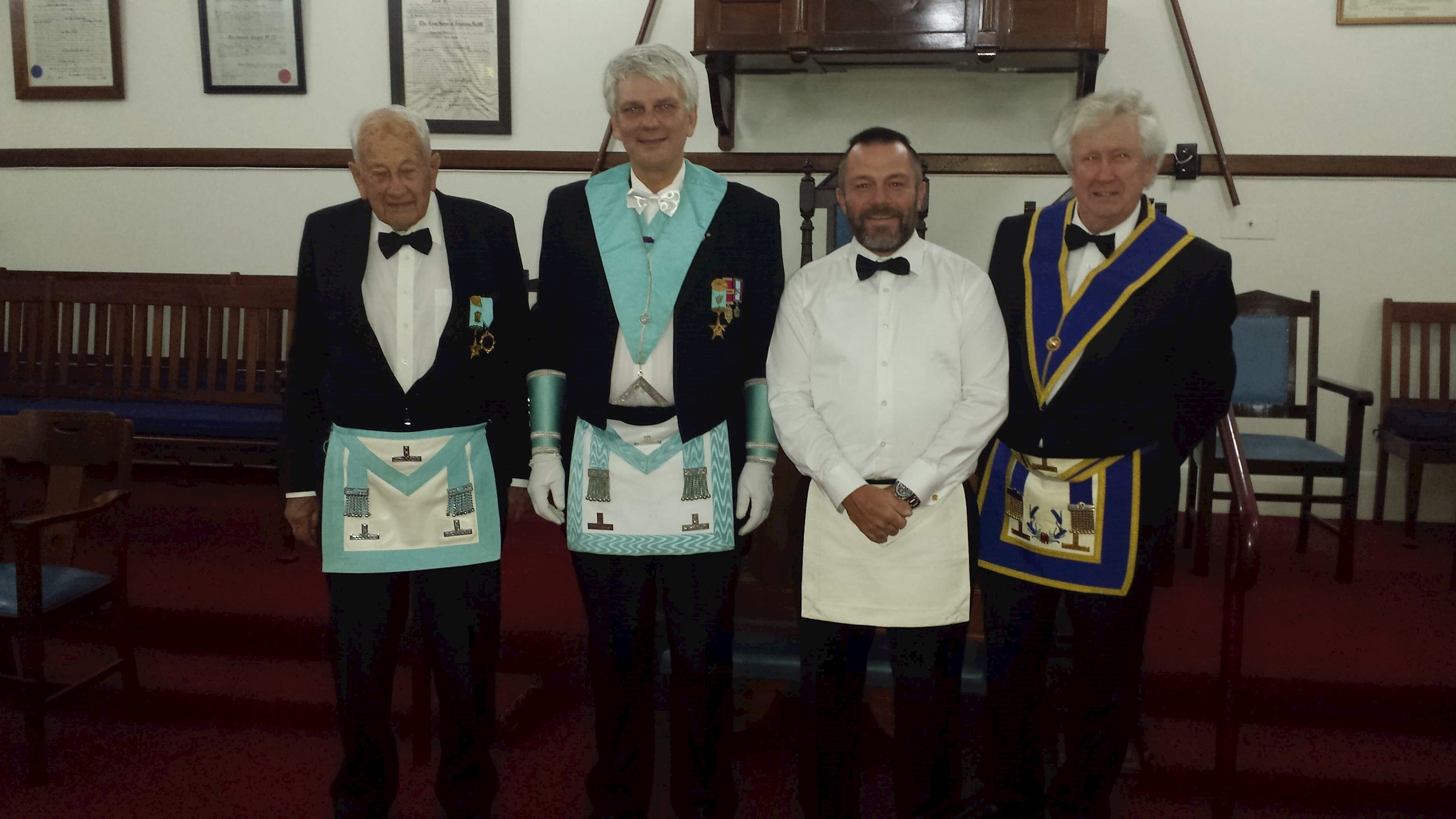 (Above) With the Worshipful Master, WBro. James Assheton