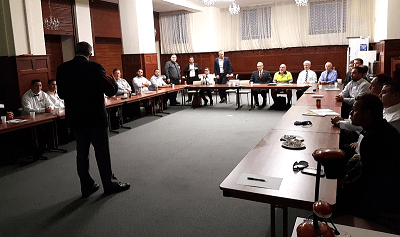 During 2016, an introductory Masonic Learning Program was trialed at the Freemasons Hall, North Terrace, Adelaide.

Meeting monthly for six months, 15 Freemasons were invited from those who had undertaken their Entered Apprentice Degree in 2015 and were provided with an overview of the history, organisation and practice, of Freemasonry. Each nightly session was followed by group discussion on the material presented, or any issue raised, and concluded with informal fraternity and refreshment.

In the months following the six program presentations, ten of the participants researched and delivered a short presentation on a topic of their choice for which they were subsequently awarded a “Certificate of Participation” by the Grand and Deputy Grand Master.

The program, which is developmental and non-assessable, presented new Freemasons with a common understanding of Freemasonry, familiarized them with their Freemasons Hall on North Terrace, and introduced them to a group of their peers, at a similar stage of Masonic development, so they could learn together and share their Masonic experiences. The aim is to provide sufficient knowledge so that participants can begin their own Masonic research and develop a short Lodge presentation.

The program has also been developed to reflect the Grand Master’s request that we explore flexible learning opportunities which “fit” with the lifestyle demands of younger brethren.

This program, which will now be called the “Grand Lodge Masonic Learning Group”, will be run in 2017 and approximately 100 letters of invitation have been sent to those who passed through a Craft Degree in 2016. There has been a positive response and many of participants from the 2016 program are intending to support them. 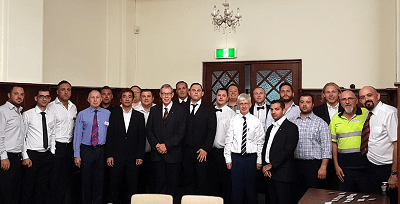