At the Regular Meeting of McDouall Sturart Lodge No. 219 on April 6th 2017,  WBro. Grant Ohlmus, Secretary, gave a Lecture on Carl Theodor Strehlow.

Carl was not a Freemason so one might wonder why present a Lecture on his life and works within the constructs of a Lodge.

"Freemasonry is a working framework within which we as individuals can cultivate introspection, contemplate the Divine and nurture guidance within the Community. The concepts of developing better men within our Community run true throughout our Degrees and yet in Carl Strehlow we can appreciate the many purposes of Freemasonry.

Carl’s life has all the hallmarks of our Masonic Pillars; his work is a further illustration of our Oaths and Obligations. He was a man of simple means but compelling dedication, empathic compassion and thankfully genuine scholarship; for without it we would not know much of what he achieved so many years ago. Carl Strehlow was not perfect but he was a builder in every Masonic fashion!”

The above excerpt is from the first part of a two part Lecture.

The purpose of this Lecture was to appreciate and reflect on a historical figure whose life and work has left an indelible imprint on our understanding of one of the oldest, relatively unchanged Cultures in the World.

Together with Carl’s youngest son Theodor, the Aranda and Luritja peoples of Central Australia were able to amass and protect many of their sacred myths, legends, beliefs, religious rites and customs from the ravages of early colonial control. The relationships developed were a reflection of the trust and respect that these men earned amongst the Indigenous people of the area. 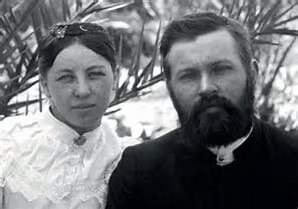