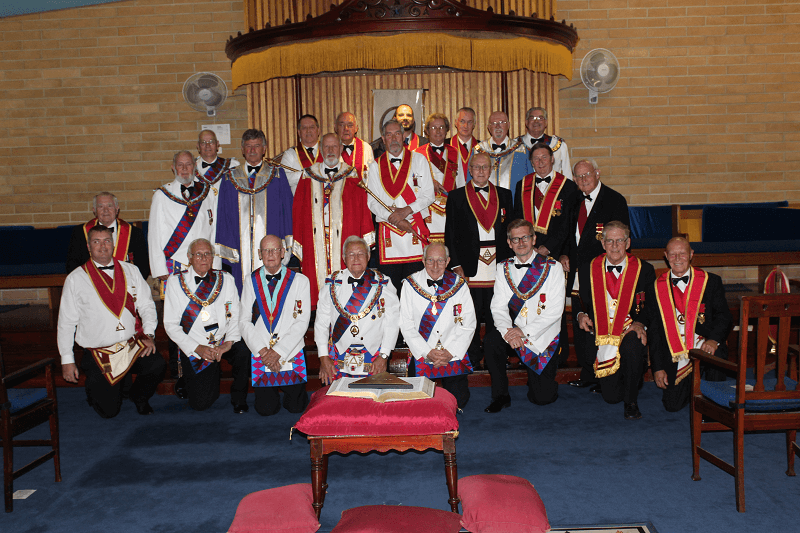 After the Installation,  the Companions from both Constitutions retired to the Festive Board.

VEComp. Brian Walton, Past Excellent King of the Duke of Leinster RAC No. 363 Irish Constitution, proposed a toast to the Supreme Grand Chapter of SA & the NT. MEComp. Willmott, in his reply, remarked that good Fraternal Relations have existed between the two Constitutions for many years and although there are many differences in the workings, they both come to the same conclusion. VEComp. Rodney Clark proposed a toast to EComp. Num who,  in responding, thanked all Companions for their attendance and making this such a happy occasion.