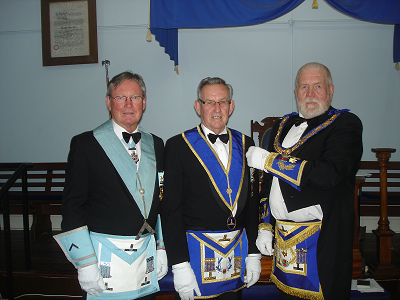 At the meeting of Mid North Lodge No. 12 held on Thursday 8th December 2016, RWBro. D. G. Clarke PSGW was presented with his bar to his fify year jewel.

In both Clare Lodge No. 12 and Mid North Lodge No. 12,  he held numerous positions, namely Treasurer, Secretary, Co-ordinator of the Masonic Foundation (now known as Freemasons