On Monday 3rd April 2017, the regular Re-Affirmation of Twinning Ceremony between The Yorke Valley Lodge No. 67  and Edwardstown Lewis lodge No. 207 was conducted at Edwardstown Lodge Hall in the presence of the Deputy Grand Master RWBro. Bill Merrill and a retinue of Grand Lodge Officers.

It was an Open Ceremony where Wives, Partners and  Friends were able to participate.  What followed was a sumptuous Supper.

The Yorke Valley Lodge No. 67 and Edwardstown Lewis lodge No. 207 primarily discussed the matter of Twinning back in 1973 under the guidance of the late RWBro. Archie Moss PSGW and Bro. Graham Jarrett.

The Twinning began in early 1974 when no Official Ceremony was available.

During this time from - 1974 to present day - very few visits have been missed. 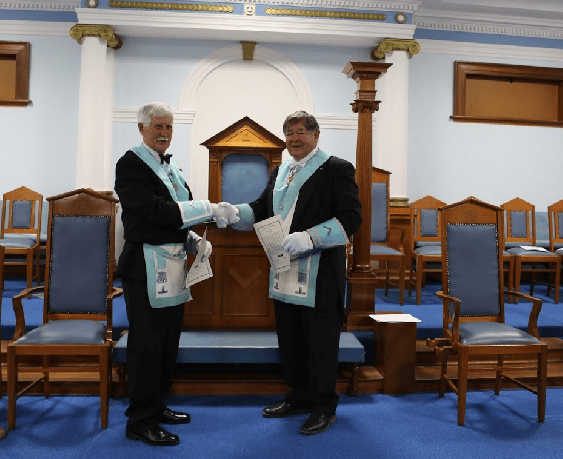 It should be noted that Members from both Lodges make individual visits at various times, apart from the Official Re-Affirmation of Twinning Ceremonies and it is anticipated that many more of these Ceremonies will take place in future years.