It was that time again, when the South Australian Mark and Mariner enthusiasts were invited to Mildura for the bi-ennial State of Origin meetings with the Victorians.

On arrival in Mildura on Friday evening, the Delegation was informed that a brief practice session (dinner) was to be held at Gateway Tavern to enable them to meet and get to know the Victorian Team.

The event proper was held on the Saturday at the Sunraysia Masonic Centre, (an excellent and modern venue), with the Mariners' match taking place as the curtain raiser, followed by the Mark. The Delegation was welcomed well by the Chaffey Mariner and Mark teams and the Victorian Grand Master MWBro. Ian Coad, and although they do things a bit differently,  it must be appreciated being there to witness the proceedings. Full time scores were too close to separate.

Dinner followed and all the female supporters joined in. Numerous speeches were given, presentations were made and raffles drawn and won. South Australia triumphed convincingly in this contest.

The generous hospitality of the Victorian Mark and Mariner teams was appreciated and everyone looks forward to the next match-up, which will be here in South Australia, in Naracoorte in 2018. 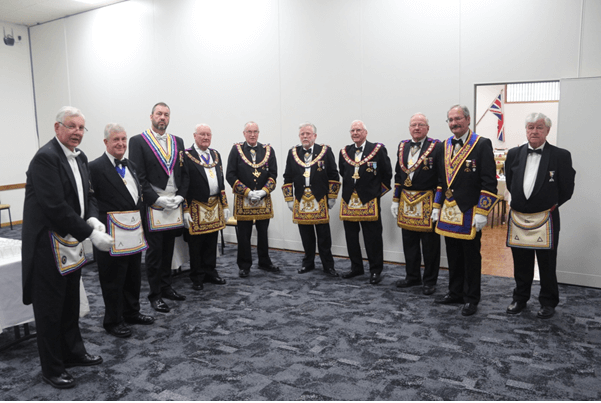