On Friday 26th May, 2017 this Lodge was well supported by country Brethren travelling from far afield to witness its 57th Installation at Cummins and to see WBro. Frederick Gerschwitz go into the Chair.

WBro. Gerschwitz is a very accomplished person, who has served the local Community well in many aspects, including writing a book about the farming area and history of ownership of some of the land on the Eyre Peninsula.

A Conferrment  was given to RWBro. Robert Stewart, the Grand Director of Ceremonies who was given the rank of a Past Assistant Grand Commander.  He received it thankfully and with much surprise and expressed his thanks to the Grand Commander stating that he enjoyed all Freemasonry but especially this Order. The Brethren showed their approval with loud acclamation.

At the Festive Board, the GM/GC thanked the ladies and Brethren for their long-lasting support and as he gazed around the room, gave his respects to the regular faces that had been there previously,  but were now no longer there and expressed sadness at their passing.

The support however, received from present Brethren who travelled vast distances in varying weather conditions and other dangers was to be applauded. If the city Brethren supported their Lodges in a similar manner, all Lodges would meet at full capacity.  He thanked the Brethren for their support during his Term of  Office and said that he had enjoyed the Office, though all good things must come to an end. He was pleased that he could attend this area run of Installations, to express his thanks personally for their support. He had been precluded from attending some meetings during his Term of Office because of ill health. He said his farewell to them in his current capacity but said that he would continue to visit providing his health permitted and wished them well in their future endeavours. 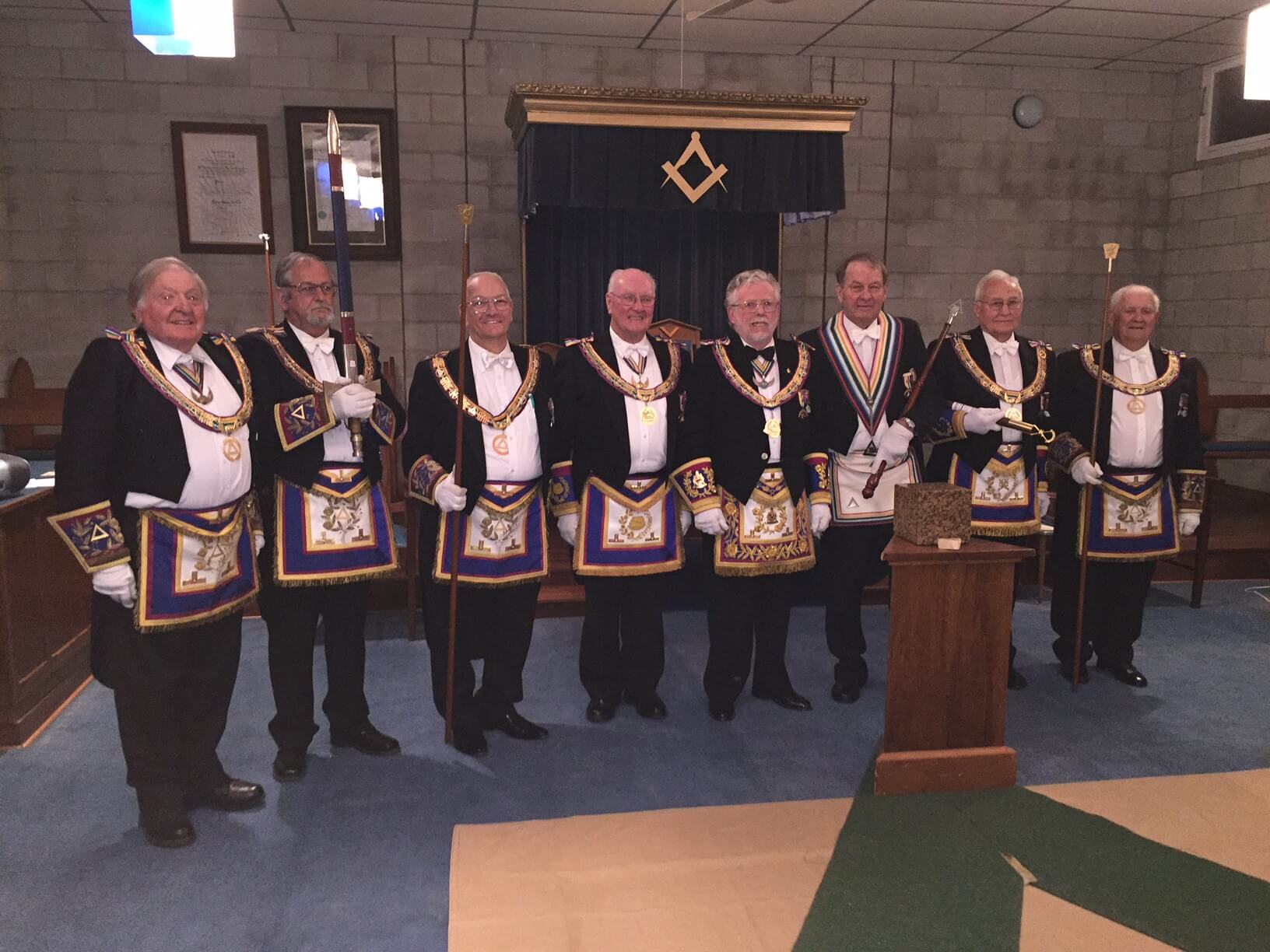 MWBro. J.H.W. Carter, Grand Commander with the new Commander of Western Mariner Lodge No. 30 and the Installing Team at the Installation