Edwardstown Lodge No. 168 - Initiate from a Long Lineage in Freemasonry

Timothy Jones, a Lewis, was initiated at the 23rd Fewbruary 2018 meeting of Edwardstown Lodge No. 168.

Timothy comes from a family with a long lineage in Freemasonry.  Bro. Jones' interest to join the Freemasons stems from his desire to retain the legacy as his brothers had shown no interest after his father passed away.

The initiation saw a number of young Freemasons step up and deliver a near flawless ritual with other members of Edwardstown Lodge filling in the Officer roles of the absent brethren.

Special mention to Bro. Edisson Garcia with his first time in presenting the Lesser Lights despite being an Entered Apprentice for a relatively short time.

Also mention on the good work from Bro. Adam Johnson (with his presentation on Dangers),  as he had only limited time to prepare - since the last executive meetinG of the Lodge.  Bro Johnson was joined by Bro. Michael Eglish presenting the Working Tools for his first time and continuing his calibRe in his role as Steward. 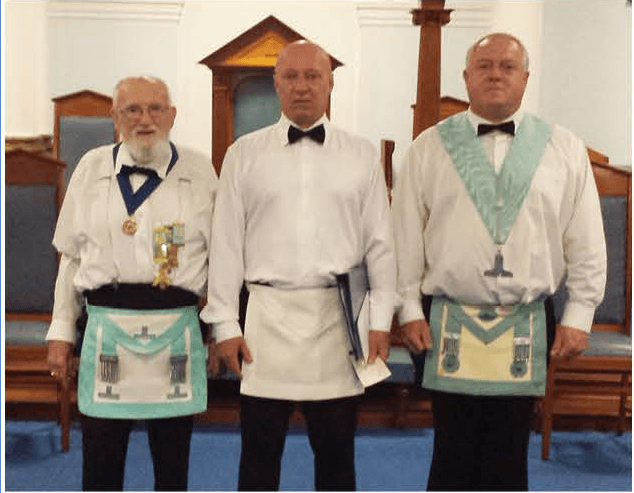