Farewell from the Northern Territory to RWBro. Ian Pontifex 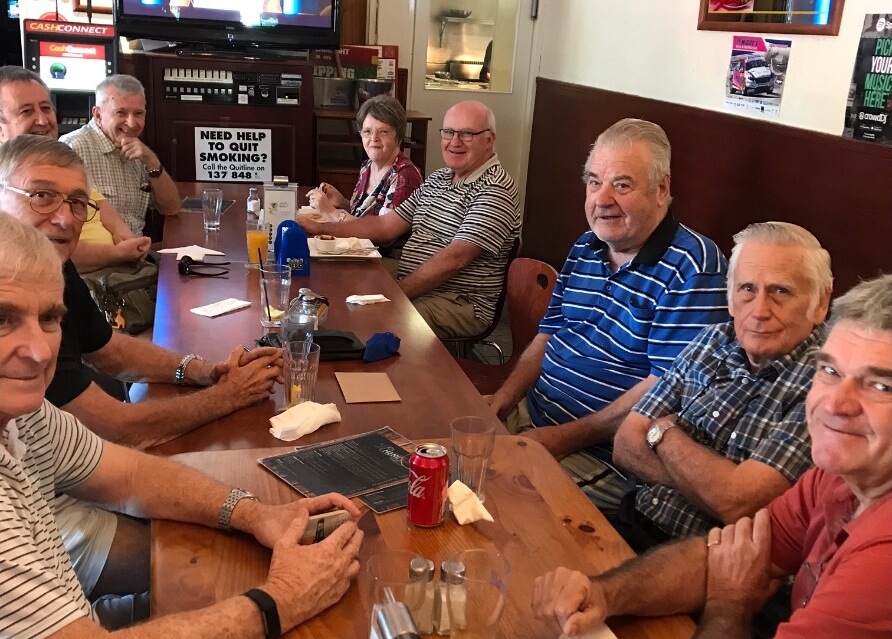 On Thursday 5th July 2018 a small group of Mark and Craft Masons and wives farewelled a much-respected brother and friend, RWBro Ian Pontifex at a luncheon at the Virginia Tavern.

After decades of living in the Territory, RWBro. Pontifex has purchased a new home in Victor Harbour, relocating back to his State of birth – South Australia.  Ian’s home town being Cummins.

RWBro. Pontifex went to the Territory shortly after Cyclone Tracy and was involved in the transportable home business.  He later entered the Finance Industry with Colonial Mutual and then purchased and ran several H & R Block  outlets.

As a worthy and distinguished Freemason, RWBro. Pontifex has been a mentor and friend to many in both the Craft and Mark Lodges in Darwin for many years.

RWBro.Pontifex's passion for -  and commitment to - the Mark and Mariners Degrees is well known to those in the South Australian and Northern Territory Craft and Mark Constitutions and to a succession of Grand Masters.

More recently RWBro. Pontifex  was the impetus behind the Darwin Mark liaison with the Cairns-based Trinity Lodge of Grand Lodge of Mark Master Masons of Queensland.  This gave rise to the now legendary “Hands Across the Border” meeting in Mt. Isa in September 2017.

Also in 2017, RWBro. Pontifex was elected to the Mark and Royal Ark Council and was quick to bring his objective skills, influencing the Council to set up the “Future Proofing of Mark Masonry” Sub-Committee, which has been tasked with determining a position strategy to retain and improve the reducing numbers in Mark and Royal Ark Mariners Lodges across South Australia and the Northern Territory.

RWBro. Pontifex will be missed as a friend and mentor to many and a great advocate of Freemasonry.

Installation of Three New Principals at Mid North Chapter No. 9

At the Installation of Mid North Chapter No. 9 on 19th.July 2018, three new Principals were Installed into their respective chairs after a long period of rotating former Excellent Companions.

Ceremony of Passing at Renmark Lodge No. 55