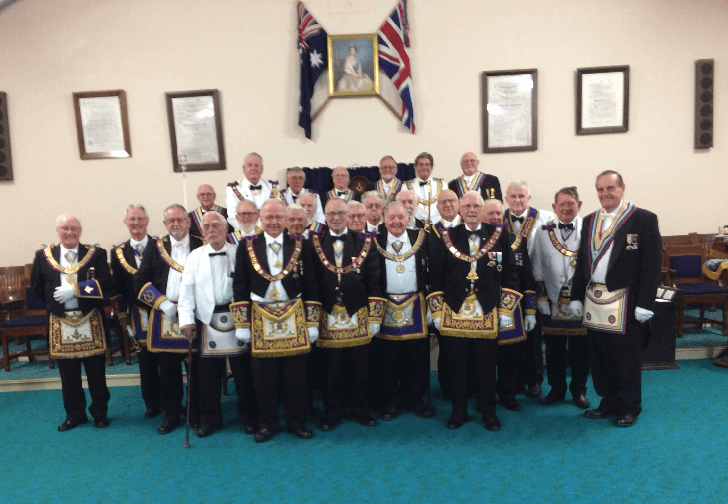 Peninsula to conduct the annual lodge installations at Whyalla, Port Lincoln and Minnipa. The Grand Master, MWBro. David Kitching led the team which was one of the largest Grand Lodge teams to be seen on Eyre Peninsula for some years.

All Mark and Mariner lodges were included in the round as a pilot project to enable rationalisation of travel and costs.

This proved to be very successful with combined Mark and Mariner celebratory functions at Whyalla and Port Lincoln.

The Grand Master was accompanied by brethren from the NT  - resplendent in their white jackets although they did seem to notice the cold weather, in addition to brethren from South Australia.

Commencing in Whyalla the Team (shown above) met for dinner at the Westland Hotel to discuss the next few days and socialise with each other and the accompanying ladies. The next day it was off to the lodge room for lunch and the Whyalla Mariner and Mark installations, followed by a very pleasant evening with a joint Mark and Mariner Festive Board. 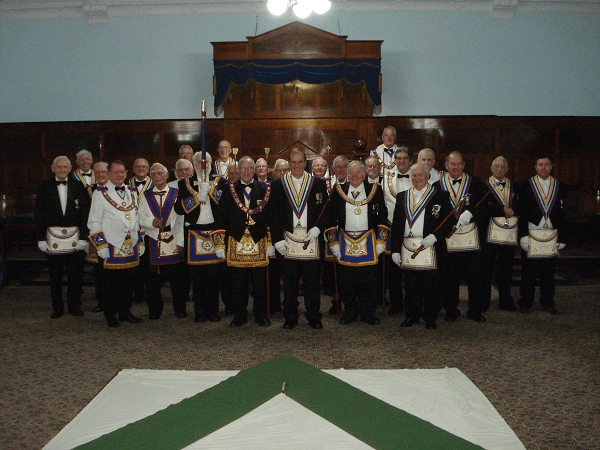 Next morning on the road to Port Lincoln for lunch followed by the Western Mariner and Eyre Mark Lodges’ Installations. (Right shows the team at Port Lincoln).

These were followed by a combined banquet at the Grand Tasman Hotel right next door.

With no time to dally,  the Sunday morning saw us on the road again to Minnipa where the team assembled for the Franklin Harbour Mark Installation with a banquet following at the Minnipa Hotel.

For those that needed a little more Freemasonry there was a Le Hunte Craft Lodge meeting on the Monday morning before we all said our goodbyes and headed home, some to Darwin, Katherine, Barrow Creek and Alice Springs.

The venture can only be classed as a resounding success with the warm reception we received from local brethren and their partners and the inclusion of brethren from the Northern Territory. The local lodges spared nothing to look after us and our thanks must go them for their part in the organising of the installations. 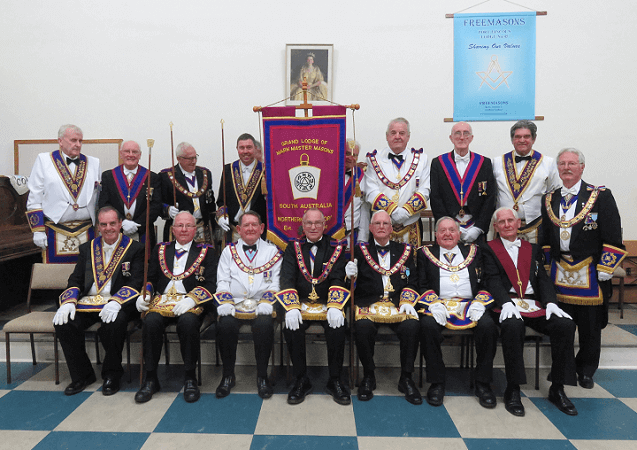 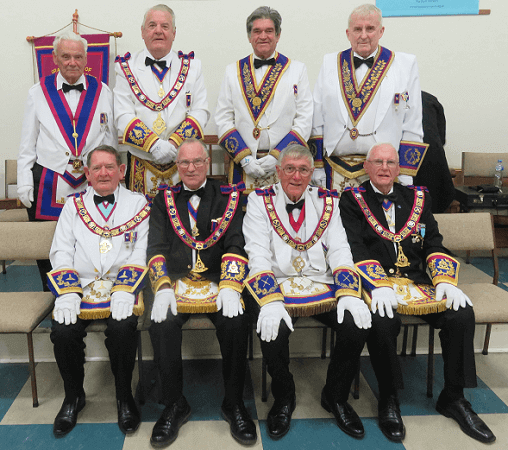 Please be advised that the Facilities Manager’s office will be open daily between the hours of 11.00 AM to 7:00 PM for the collection of Regalia.

A special presentation was made on Saturday 21st July 2018 by Witton Lodge No. 124 at the RSB Building, 58 Dyson Road, Noarlunga Downs, South Australia.

On Saturday, 11th August 2018, WBro. Jaan Neps was presented with his Fifty Year Mark Service Jewel by the Deputy Grand Master of the Grand Lodge of Mark Master Masons of South Australia and the Northern Territory of Australia, RWBro.