At the April meeting of the Lodge of Fraternity No. 214, under the guidance of the Master, WBro. Denis Von Allworden, the lodge conducted the completion of a double first degree ceremony for its two newest members, Bros. R. Armstrong  and S. Hall.

This in itself is not an uncommon occurrence, however what was significant was the number of entered apprentices and fellow crafts who were in attendance to  witness the working.

The Lodge of Fraternity No. 214 has been successful in recruiting new members, and this combined with the addition of some visiting brethren, proves that Freemasonry can attract young and willing men into its ranks. 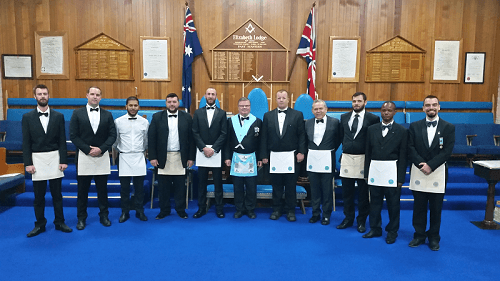