On Saturday 25th August 2018, sixteen members of the Grand Mark Lodge team travelled to the Moonta Mark Lodge No. 2 for the sad occasion of the surrendering of its Warrant. The Deputy Grand Master, RWBro. Nick Vesotsky officiated at the Ceremony which was also attended by several visiting members from other Mark Lodges.

Moonta Mark Lodge No. 2 (formally No. 432 EC) was consecrated on the 14th of October 1891. The members of Adelaide Mark Lodge No. 1 as the sponsoring lodge, arrived by train at Kadina and were transported to Moonta by horse-drawn tram. At its peak in 1966 the membership stood at 98.

In 1906 the Lodge was instrumental in the formation of Grand Mark Lodge, which was formed in July of that year. The lodge’s English Constitution Warrant was surrendered later that year and the Lodge was issued with a new Warrant as No. 2 South Australian Constitution.

It is always a sad occasion when a Warrant is returned but the sincerity of those present on the day was noted and appreciated. 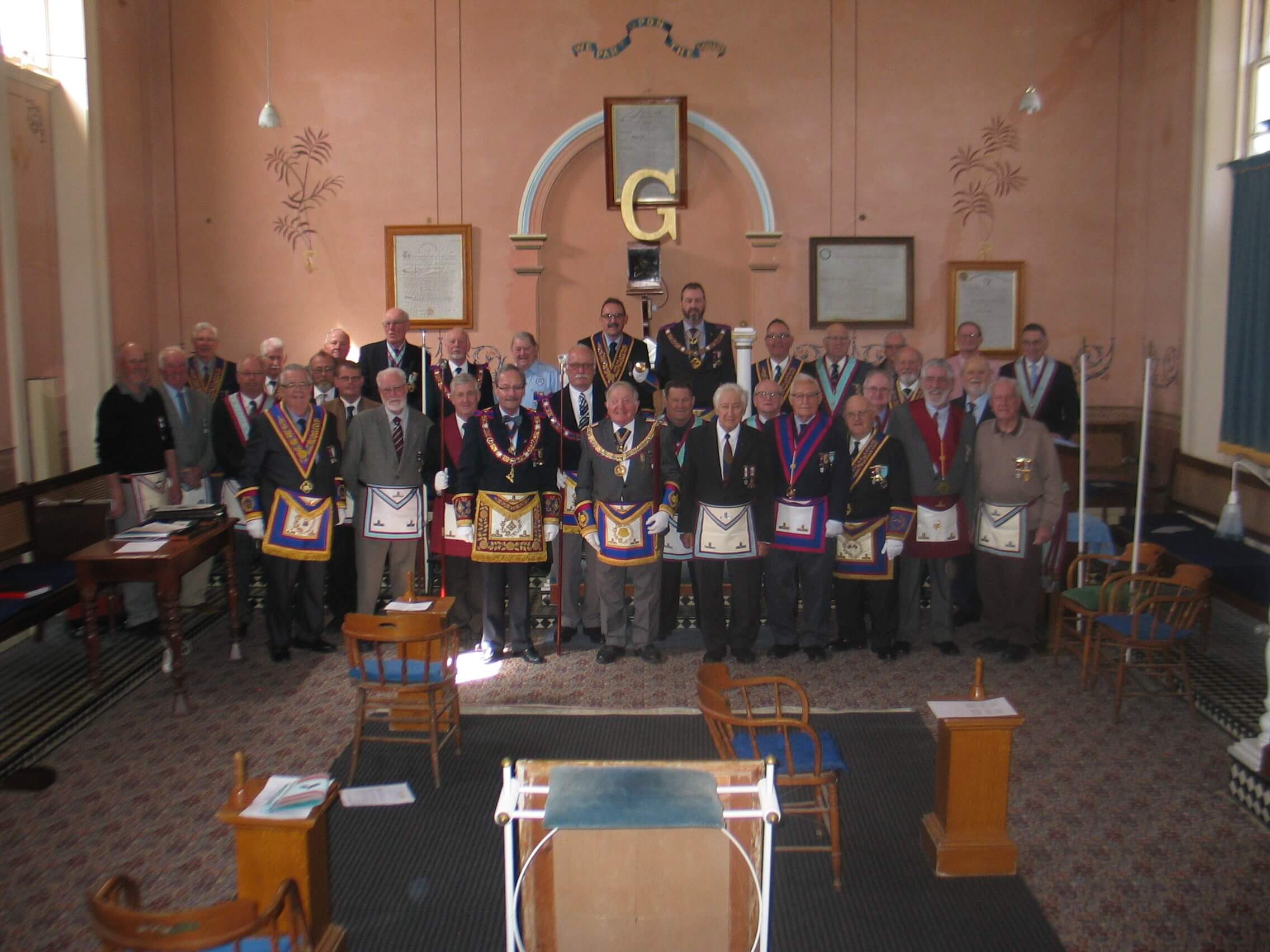 Grand Mark Lodge team at the Surrender of Warrant of Moonta Mark Lodge No. 2

On Saturday, 11th August 2018, WBro. Jaan Neps was presented with his Fifty Year Mark Service Jewel by the Deputy Grand Master of the Grand Lodge of Mark Master Masons of South Australia and the Northern Territory of Australia, RWBro.

Please be advised that the Facilities Manager’s office will be open daily between the hours of 11.00 AM to 7:00 PM for the collection of Regalia.

Working of the Higher Degrees of the Scottish Rite

On Saturday 4th August 2018 senior Brethren of Region 5 [SA and NT] of the Ancient and Accepted Scottish Rite for Australia gathered at the Marden Masonic Centre for the working of the Higher Degrees of the Rite.