Special Meeting for Thorngate Lodge No. 118

The meeting on Monday 4th June 2018 was a very special one for Thorngate Lodge No. 118!

Bro. John Alexander (Jock) Fraser reached a major milestone in Freemasonry.  He was presented with a fifth bar to his 50 year service jewel by VWBro. Robert Hughes, P. Chairman of Membership.

Although not attending lodge on a regular basis, Bro. Fraser has remained committed to the lodge over this remarkable period and was very pleased to be able to receive his fifth bar.

Along with the fifth bar, Jock received a beautifully embroidered keepsake in the form of an apron, lovingly embroidered by Annette Amos from the Grand Lodge Museum. She had been asked amongst other things, to lengthen the ribbon on Jock's Jewel to allow room for the new bar.

Jock with the grace of TGAOTU has reached another milestone since this Lodge meeting -  in the form of his 100thbirthday on 17/6/18.

MWBro. Stephen Michalak IPGM, had announced the honour at the recent April Communication but VWBro. Hughes was not able to be present at the time.  He was however, presented with the Commission by RWBro. David Booker PAGM.  In making the presentation, RWBro. Booker PAGM explained the significance of Commissions and Fraternal Relations to our Fraternity generally and the great regard in which they are held, comparing them to a Masonic version of a High Commissioner to another country - but without the pay packet or the return air ticket. 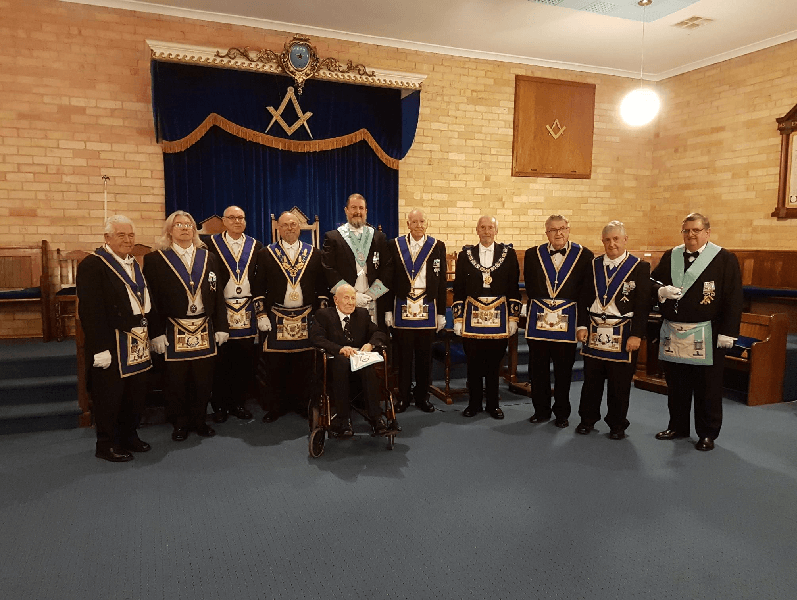 Brethren attending this Special Night at Thorngate Lodge No. 118 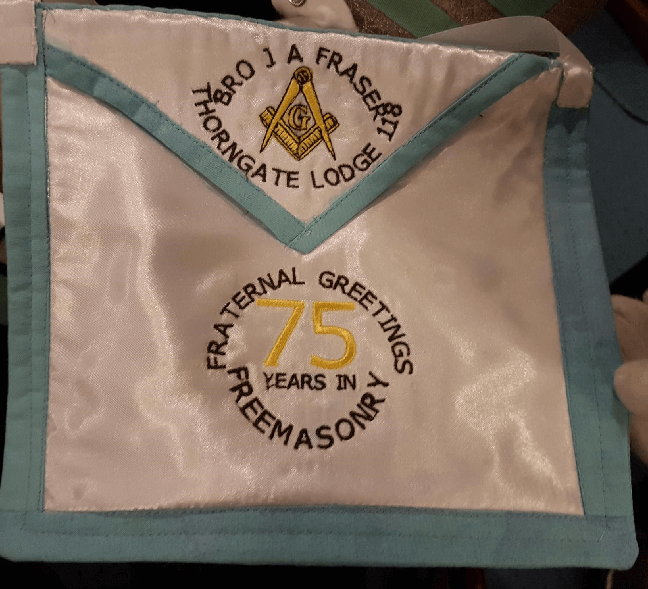 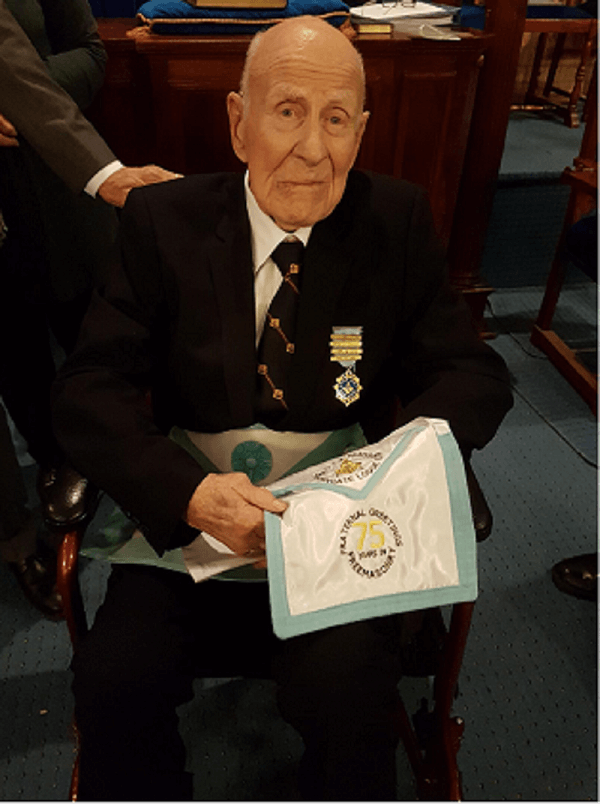 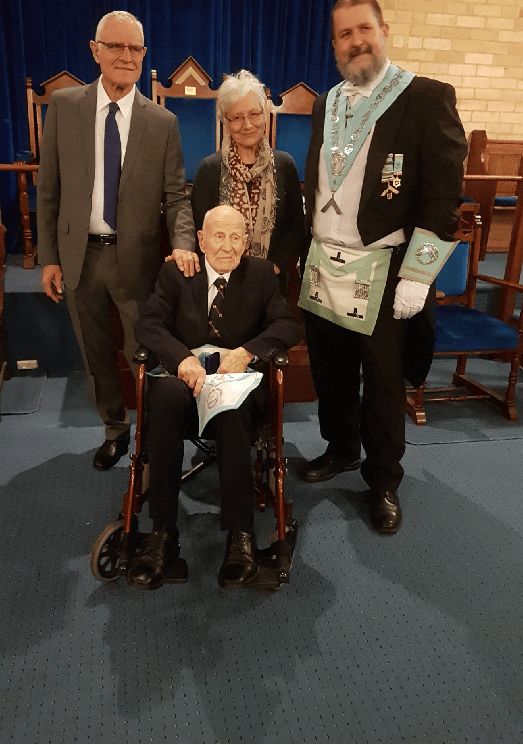 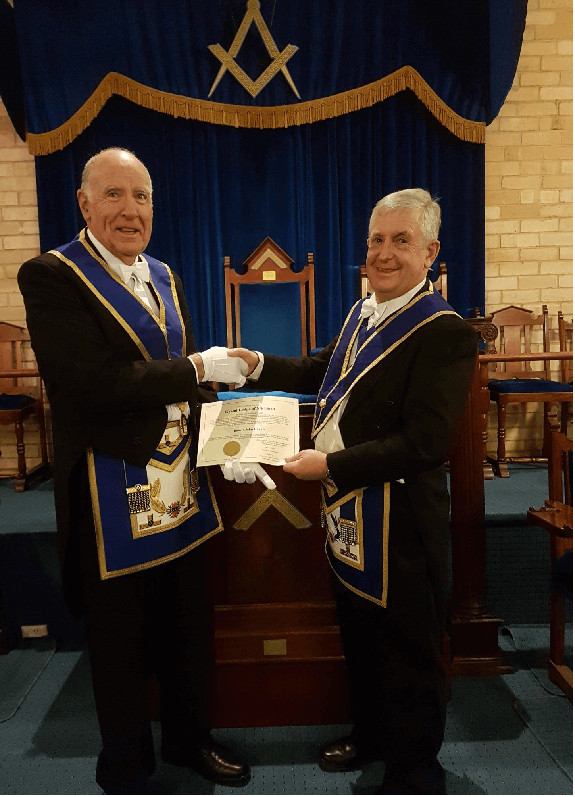