Three Generations in One Lodge

Lodge Copernicus No. 246 had a very significant moment in its history at its 3rd November 2017 meeting when Bro. Dominik Stankiewicz was Initiated, joining both his father WBro. Marcin Stankiewicz and his grandfather, Bro. Mirek Stankiewicz as the third generation of the family to become a member of the Lodge. 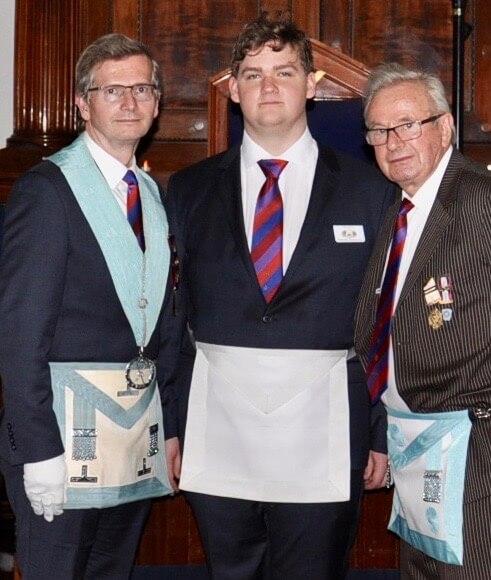 Copernicus Worshipful Master, WBro. Barry Burr, opened a lodge room filled to capacity before handing the gavel to Marcin to allow him to preside over the Initiation of his son.

The ceremony was enhanced by the music, vocals and recorded music provided under the direction of Bro. Cooper Allan and by the use of dramatic lighting and a multitude of candles, setting the bar high for all future Copernicus Initiations. A particularly poignant moment came when Dominik’s grandfather, Mirek, delivered a part of the ritual to his grandson. Particularly pleasing was the number of younger brethren delivering ritual and taking roles on the floor for the first time.

Also delivering ritual was Bro. Allan Thomas from St. Andrews Lodge No. 19, Copernicus’ mother lodge. A great example of lodges working together as Allan stepped up at the last minute to cover for Bro. Luke Tonkin, Copernicus’ Junior Warden who had the best excuse in the world for not being able to attend – the birth of his daughter Grace Marie! 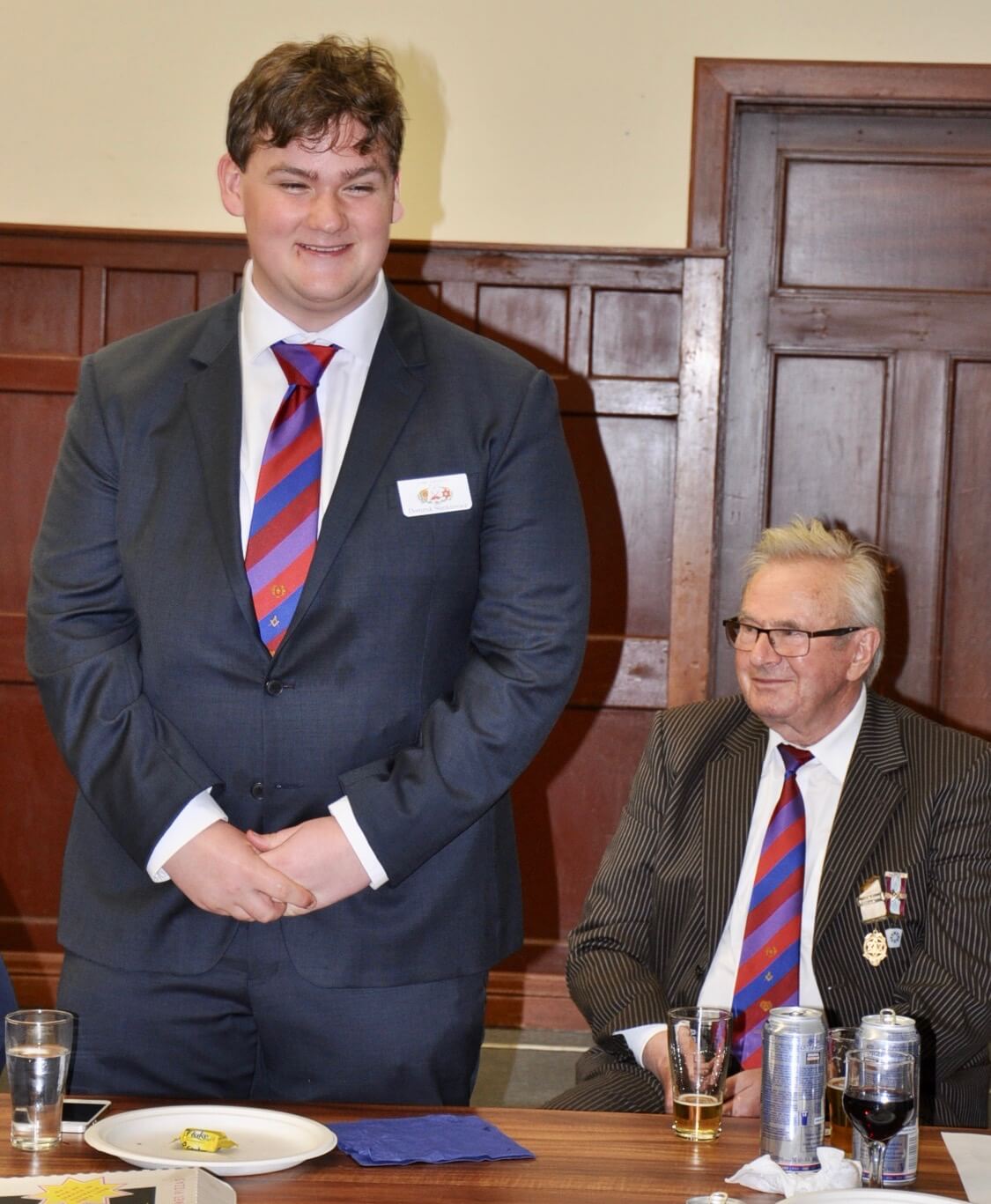 The new Brother replying to the Master’s speech at the Festive Board welcoming him to Lodge Copernicus, watched on by his grandfather

In attendance on the night were MWBro. Robert Parsons and RWBro. Robert Clyne, both of whom had also been present at Mirek’s Initiation by Marcin. RWBro. Clyne presented the Tracing Board for the new brother (and for a number of visiting Entered Apprentices from other lodges) as he had previously done for the candidate’s grandfather! It was night of great impact on our new, young brother.

The Festive Board was a joyous occasion with Dominik joined by his sister and younger brother who may yet be the fourth generation to join Lodge Copernicus – time will tell!

MWBro. Robert Parsons (second from left) at the Festive Board with three generations of Copernicans