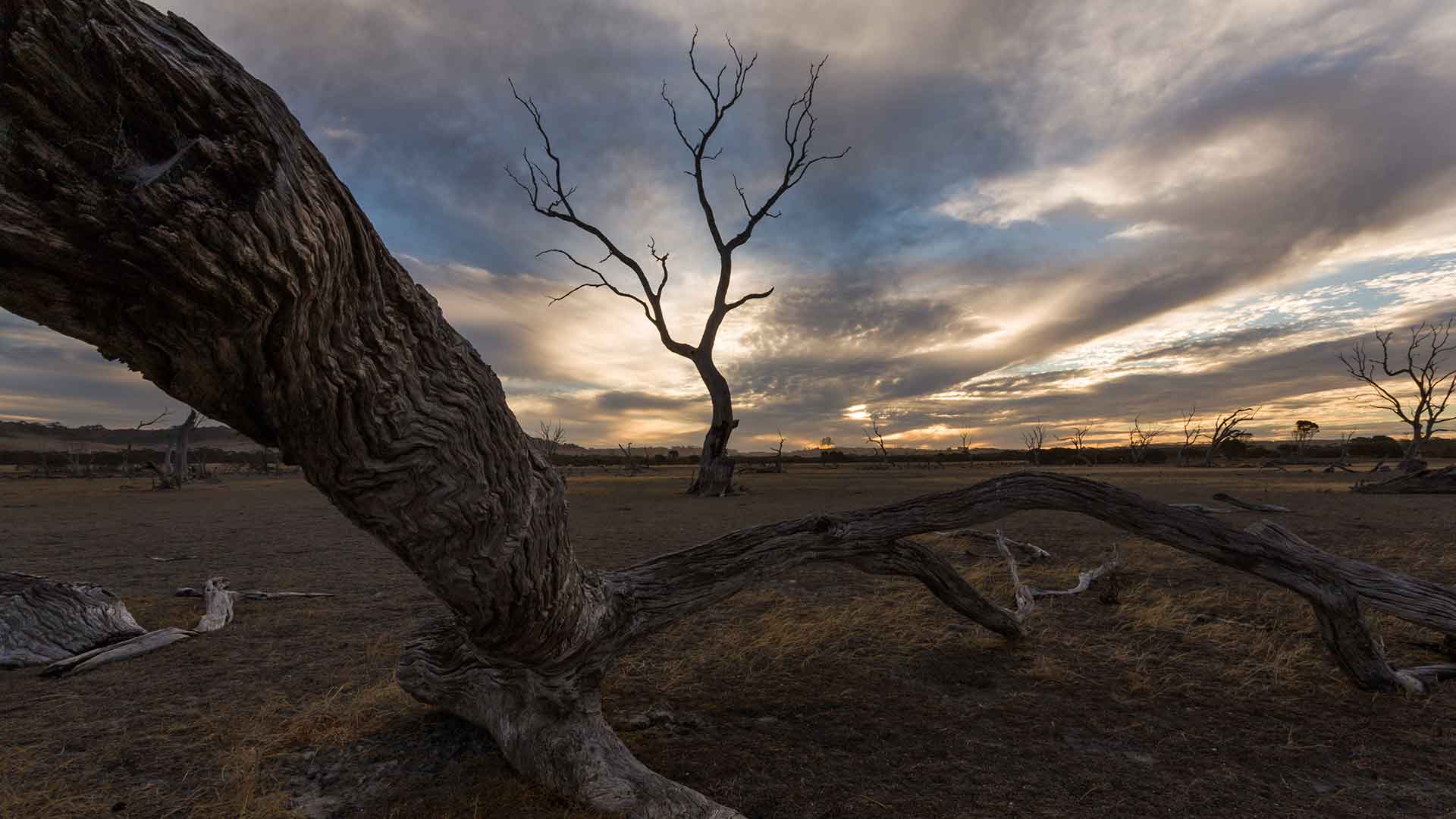 Few people in Australia and across the globe have forgotten about the devastation that last summer’s  bushfires wreaked upon the continent. With a new bushfire season rapidly approaching, one charitable organisation is centring its latest community work around assisting firefighting and prevention officials with much-needed funds to help avoid another tragedy on the scale of the 2019-20 bushfire season.

Masonic Charities has announced a $600,000 gift to the South Australian Country Fire Service (CFS) in an initiative dubbed Freemasonry Fire-Proofing South Australia. The gift is set to be distributed over a three-year period and will give the CFS the resources needed to address critical fire prevention and response services.

Through the collaboration, the CFS will strategically place Masonic-branded fire water tanks across South Australia in areas controlled by the CFS and identified as being high-risk due to their lack of available water sources.

“The Country Fire Service depends upon reliable water supplies, often needing them most when they are least likely to be available,” noted Mark Jones, CFS Chief Officer. “The generous actions of Masonic Charities in undertaking a project to establish a network of strategically placed water tanks across the state will bolster the Country Fire Service’s resources and access to private and public water supplies. They are an investment in the safety of South Australians for many years into the future.”

The first gift of $131,782.82 from the Grandmaster’s Bushfire Appeal will be presented to CFS officials Lee Watson, Director Operational Infrastructure, and Andrew Stark, Deputy Chief Officer, at the Grand Lodge in Adelaide on Wednesday, December 2. This Freemasons Fireproofing South Australia event will feature an afternoon tea and remarks from Masonic Charities and CFS officials. Following the initial gift, the Masonic Charities will donate $200,000 per year over three years to support CFS’s fireproofing efforts.

The CFS would like to remind South Australians that everyone must do their part to help prevent bushfires and mitigate loss of life. Having a survival plan in place should fires impact your local neighborhood is key, as is keeping up to date with local news and communications about fires. To learn more, visit CFS’s Be Bushfire Ready campaign website at www.cfs.sa.gov.au/bebushfireready

For more about the CFS and its services, visit https://www.cfs.sa.gov.au/home/

Acknowledgement of Country: I acknowledge the Kaurna people, the traditional custodians of the land on which we meet, and recognize their elders, past, present and emerging.

In thinking about bushfire prevention, I am reminded of Howard Ruff’s quotation:

“It wasn’t raining when Noah built the ark”.

In considering bushfire prevention, I am reminded that:

Freemasons invest in people; they matter and we care.

The Freemasons of South Australia and the Northern Territory were profoundly gutted to witness the absolute devastation of bushfires across multiple areas of South Australia earlier this year. This devastation took many forms in human, animal and plant life. Mortality and morbidity, those great markers of human frailty, manifested themselves across human, animal and plant life. The heart-breaking stories, conveyed to us by the various forms of modern media, showed almost incomprehensible images of the Pyrrhic carnage of fire.

Freemasonry is spread across the globe; Freemasons are taught to recognize the needs of others; our attention is especially drawn to the inner emotional feeling of unpremeditated loss. South Australian and Northern Territory Freemasons appealed to our brothers here, throughout Australia and around the world, to other Orders in our universal family, to our philanthropic arms through the Freemasons Foundation and the Masonic Charities Trust.

However, we were not alone; many groups and individuals outside of Freemasonry donated generously also. Their donations amounted to many multiples of ours. We were confident that the latter donations were being distributed within needs with careful direction from other community bodies.

The Freemasons decided to try to help to prevent a recurrence of this catastrophic event in the future and consulted the Country Fire Services: fire proof South Australia was the desire-a desire echoed throughout Australia and the rest of the world. Let us never see such human, animal and plant destruction again! Let us do something constructive to help to reassure communities that the mantle of safety is being enhanced.

We are cognizant of the effects on mental health of these traumatic events and have devoted further resource to developing a free online mental health self-help tool to assist all people across South Australia and the Northern Territory who are subjected to severe stressors of the nature of bush fires, covid-19 virus and other losses and struggles in life. This will help to identify and better manage mental health issues at a time when such resources are scarce and demand increasing.

On this day,2/12/2020, the Freemasons of South Australia and the Northern Territory, through the Grand Master’s Bushfire and Drought Appeal, the Freemasons Foundation and Masonic Charities, are pleased to present to the Country Fire Services, funding over three years to place water tanks according to their strategic plan for fire proofing South Australia. This action, taken after lengthy discussion with the Country Fire Services, will be seen as the application of lessons learned from the past, application to the present and preparation for the future.

Let us never forget, that:

“The human spirit is greater than anything that can happen to it”: as CC Scott once wrote.

We, the Freemasons, invest in people; they matter and we care.

It is anticipated that this preventive measure will lift the spirit of current and future generations of people in fire prone areas, will prevent wholesale stock wipe-outs and will prevent plant and habitat destruction.

May the Great Architect of the Universe bless you all.

Freemasons of South Australia and the Northern Territory 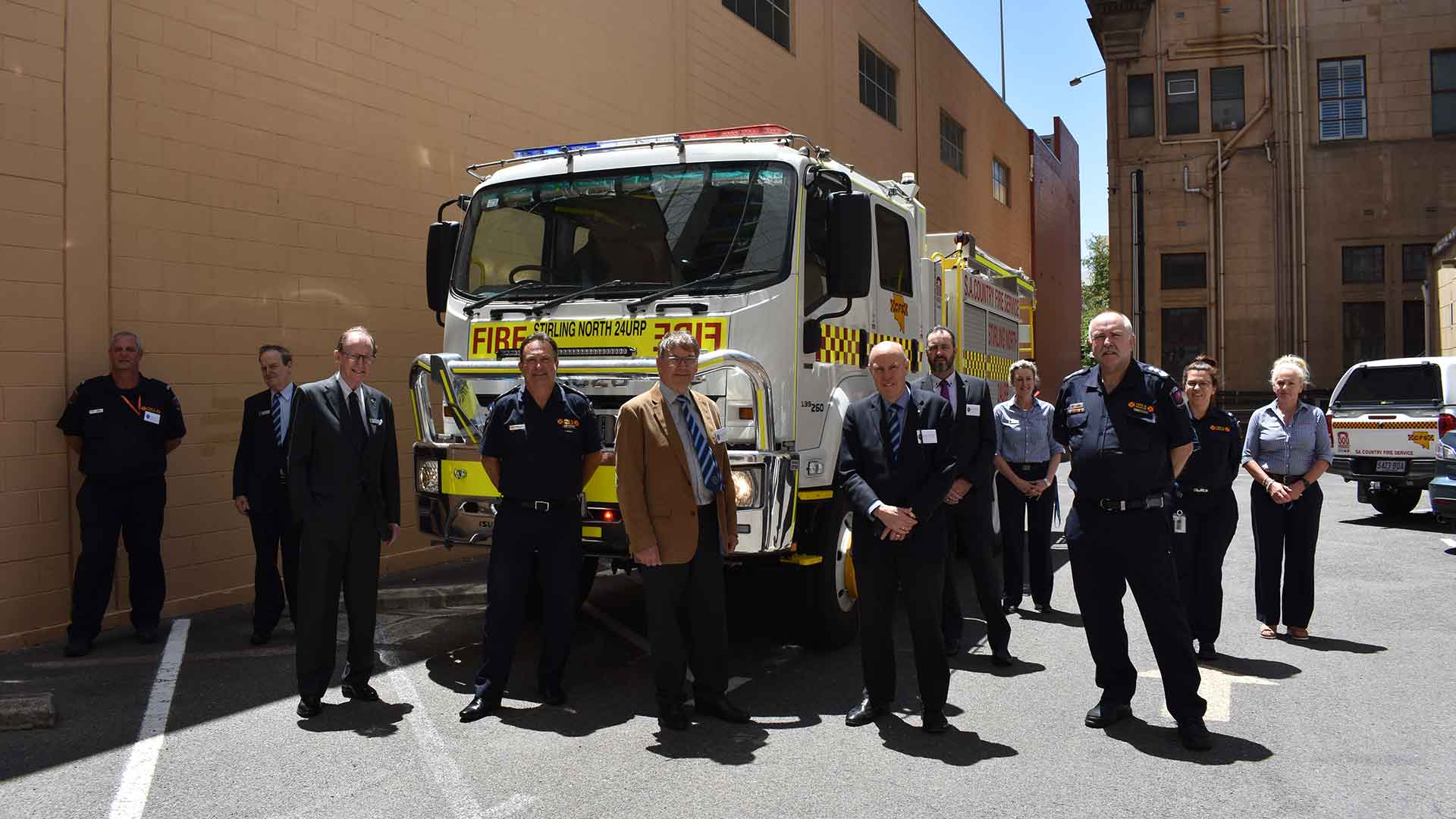