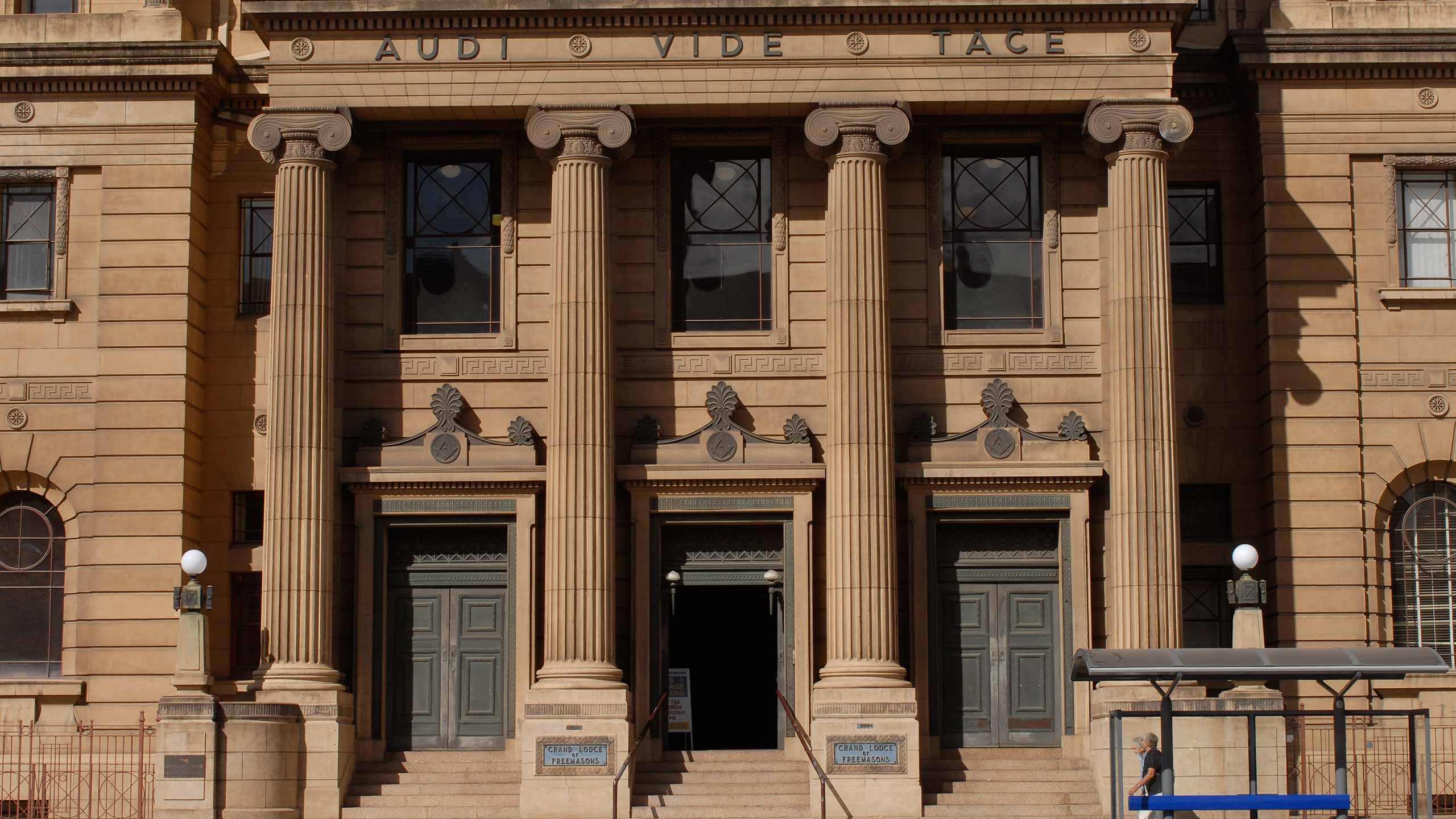 Freemasons Hall on North Terrace could be sold if $8.6m cannot be found for urgent repairs

Nearly $9 million is needed to fix the historic, ageing Freemasons Hall on North Tce after an inspection revealed alarming findings – meaning it might have to be sold.

The Freemasons Hall on North Terrace could be sold – or extensively redeveloped – if $8.6 million cannot be found for “urgent” repairs to address public safety concerns and meet compliance standards.

The historic heritage-listed building, which opened in 1927, has “extensive concrete cancer”, a recent audit has revealed, with one side of the building now closed for initial improvements.

Grand Master Neil Jensen said the Freemasons of South Australia and the Northern Territory either had to raise or borrow “significant funds” to cover extensive repairs or consider “cutting our losses by selling the building outright”.

“The other consideration is whether a mixed-use commercial and residential venture on the site would be commercially viable and exploring if it could provide an income stream to cover ongoing costs associated with the heritage-listed original building,” Dr Jensen said.

A postal vote for its members will be held this month. That will be followed by a series of briefings to help identify the next steps to save the historic building.

The concrete cancer has led to the partial collapse of external ornate architecture, forcing the closure of one side of the building for repairs, and there is rising salt damp and cracking mortar.

A spokesman for the Freemasons said “the closure hasn’t stopped activities, but there are concerns that they may have to stop all activity if it’s not repaired soon”.

A further $6.4 million was also needed over the coming decade to bring the building up to modern standards and compliance requirements.

Dr Jensen said “just doing the basics” – committing to an annual maintenance investment of about $350,000 – was only “treading water”.

“Our challenge is to work with our members to reach an agreed consensus on the best way to address the urgent work needed and consider what the future holds for the building and its home to Freemasonry,” Dr Jensen said.

“We have reached the point where our basic annual maintenance investment is really just treading water, and that is only delaying the need to address a number of important safety and compliance issues.

Dr Jensen said that if its members supported the idea of redeveloping part of the large site, it could lead to the Freemasons “repeating history by creating a moderbuilt icon that can proudly stand amongst Adelaide’s changing skyscape”.