THE PATRON SAINT OF FREEMASONS

Worshipful Master Trevor Gordon, I thank you for your good work by way of livening our great organisation and also to thank you and your team for what has been a wonderful meal, and to share in the friendship, which is the essence of why we are here, by seeking to do good in the world, and to improve the brethren by strengthening their character, their moral and spiritual outlook, and to broaden their mental horizons.

So brethren, ladies and gentlemen,  I have wondered what it was that moved the early settlers who decided to establish the Lodge here at Strathalbyn, to name it after St John.

Freemasons across the world have celebrated two feasts of saints both named John -  for several hundred years. The feast of John the Baptist falls on June 24, and that of John the Evangelist on 27 December, roughly marking the mid-winter solstice and mid-summer solstice  respectively. I am more familiar with St John the Evangelist as I visited the Island of Patmos in the Dodecanese, a group of twelve major islands  in the south eastern Aegean Sea, and where St John experienced a revelation,and as a consequence then wrote the Book of Revelation. I have also visited St John’s tomb at Ephesus.  He lived to a very old age and was the last of the 12 original apostles and the only one not to be martyred because of his faith..

RWB Bill assures me that it is St John the Baptist after which the Lodge is named. St John the Baptist is revered as a major religious figure in Christianity, Islam and the Bahai Faith. He was an itinerant Jewish preacher in the early first Century and believed to be a cousin of Jesus. John used baptism as the central symbol or sacrament of his movement and he indeed baptised Jesus in the River Jordan. Unfortunately he ran foul of King Herod and was beheaded.

Lodge of St John, No. 15 in our constitution was established in June 1886, and was sponsored by the United Tradesmen’s Lodge in Adelaide, and given that Governor Hindmarsh arrived at Holdfast Bay in 1836, it must have been nonetheless a daunting task to establish farms, businesses and a township, let alone the Lodge. WB Gardner, the founding master is described as a somewhat portly and be-whiskered farmer from Finniss. The Senior Warden was Sergeant Paul H M Foelsche, who later served with great distinction in the Northern Territory from 1870-1904 and helped to form the Port Darwin Lodge. Inspector Paul Heinrich Matthias Foelsche was born in Hamburg, like my forebears and arrived in South Australia in 1856 soon after my great great grandfather Adolph Schluter.  In November 1856 Foelsche joined the South Australia Police and was sent to Strathalbyn as Mounted Trooper and assisted in the building of the police station - the building still stands and used the local National Trust museum. On 5 January 1860, he married Charlotte Georgina Smith. While at Strathalbyn he was appointed sub-Inspector of the newly formed Northern Territory Mounted Police. In those days the Northern Territory was administered by South Australia and policing in the Territory was part of the South Australia Police Force.  He sailed from Port Adelaide to Darwin aboard the barque Kohinoor arriving in January 1870, and immediately set about building the police station. He also established a modest home at Palmerston he sent for his wife and two daughters. He adapted well to the difficult environment.

Foelsche set an example to the settlers, was a keen photographer and made a massive collection of photographs of Aborigines and he was a strong force in the community, a great churchman and did much work  towards the preservation of Aboriginal culture and customs. He has been described as an excellent conversationalist and became an encyclopedia on Northern Territory affairs and its people. He was said to be the best lawyer outside the South Australian Bar with a commanding knowledge of law. He also won repute as a dentist and had a large collection of the best dental instruments. According to lodge records he served from time to time as magistrate, coroner, dentist, armourer, photographer and trustee of the Methodist Church. At the April Communication in 1898 he was conferred the rank of Past Senior Grand Deacon and represented the Grand Master in the Northern Territory for many years. Inspector Foelsche was a founding member of the Port Darwin Lodge which is now named after him. He was a useful botanical collector and a well known Northern Territory tree Eucalyptus Foelscheana is named after him. A mountain, river, headland and street in Darwin bear his name and on his retirement in 1904 he was awarded the Imperial Service Order by the Governor Sir George Le Hunte  for his service to the police and to the Northern Territory people.

He is at the foremost of Australian colonial photographers.

According to RWB Robert Clyne’s  ‘Colonial Blue’, the definitive history of the South Australia Police Force, and published in 1987,  Foelsche had full control over the police in the Northern Territory for almost 35 years of his 49 years’ service to the Police Force.

He died at 83 years of age and is buried at Darwin.

Foelsche was a true Freemason, exemplary in his Masonic beliefs, which were embedded in his DNA - proud man who contributed so much to the development of the Northern Territory, his beloved Police Force and the immense collection of photographs of Darwin and the indigenous peoples, which has added enormously to the study of the anthropological customs and culture of the aborigines. And in his absence nonetheless I figuratively and proudly extend my hand over his back on the five points of fellowship by not denouncing him or allowing others to do so..

Another Freemason of note of course was the great explorer Brother Charles McDouall Stuart, a member of the Lodge of Truth in Adelaide, whose extraordinary accomplishments are ranked with  Sturt and Livingstone as one of the most incredible feats of exploration in the world. He never recovered his health and died in London where he is buried. Seven people attended his funeral.

My great  great grandfather, Mounted Constable William Pascoe Treloar, on my mother’s side, and in the period 1897-1902 was officer in charge of Hawker and later at Balaklava and finally at Port Germein where he died on duty at 52 years of age. I fondly remember my grandmother explaining to me that her father was responsible for distributing rations to the Aborigines at Hawker and how they would gather at the police station to be given flour, sugar tea and other condiments. As a child I pictured in my mind what must have been such a kindly act by an obviously genial officer.

And it is important when we look at history that we do not fall into the trap of judging events that occurred in the early days of settlement, against the mores and standards of contemporary life, or in other words distorting the historical record in drastic disagreement of the patriotic view of history that we all grew up with. But the incredible hardships the founding settlers of our colony must have endured is beyond our imagination.

And just to strengthen the association of police within Lodge St John, I recognise a former colleague, Peter Summerton who is now living in Strathalbyn after spending many years in the Northern Territory, and with whom we worked together as young police constables scratching the surface of humanity and chasing villains around the streets of Adelaide. Peter and I have had long discussions about Freemasonry and he understands that it has the capacity to unleash men to be the best they could be. He waits with eager anticipation for his initiation as I understand will be at the May meeting.

Thank you once more for making me feel so welcome at this my very first visit to this great lodge with such a splendid history and I look forward to another visit in May. 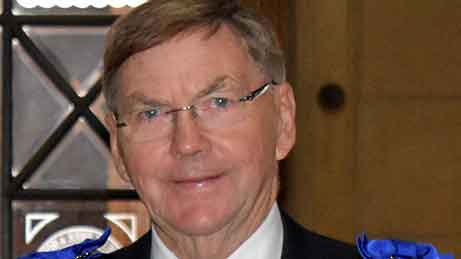 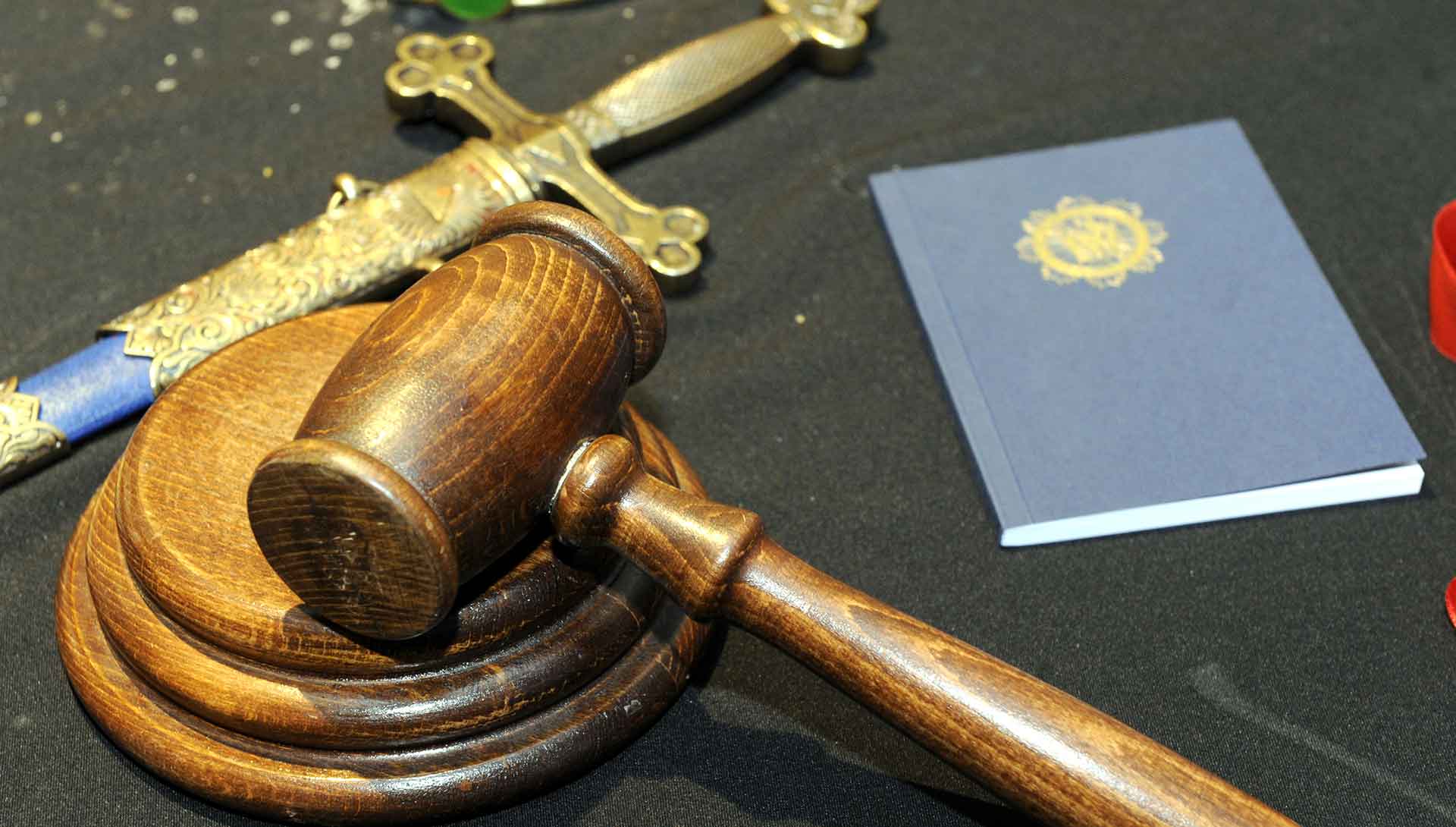